Test your knowledge of Korea with our weekly quiz on the language, culture, history or anything K-related. -- Ed. 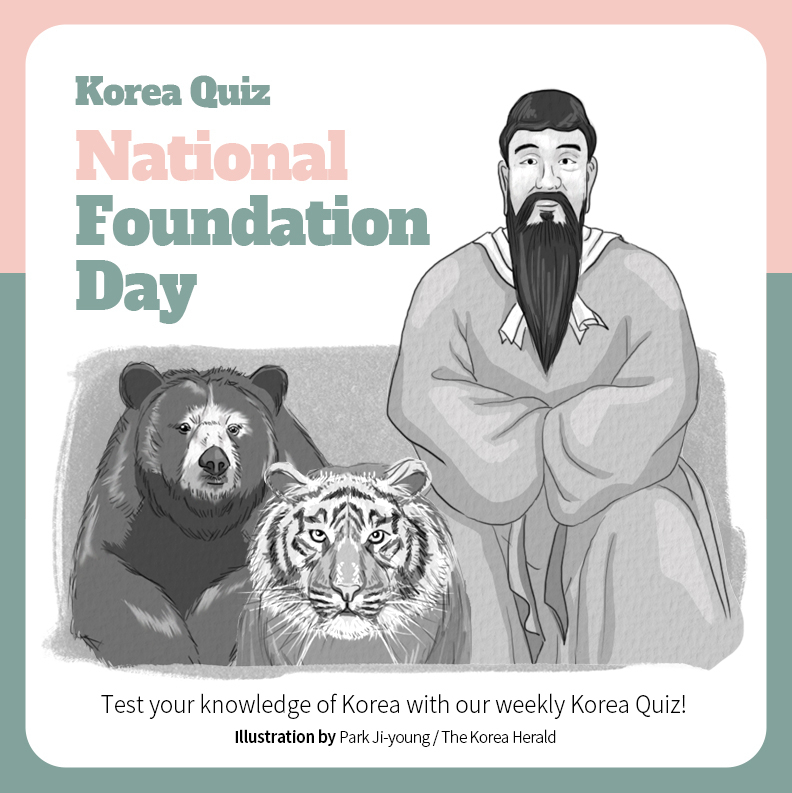 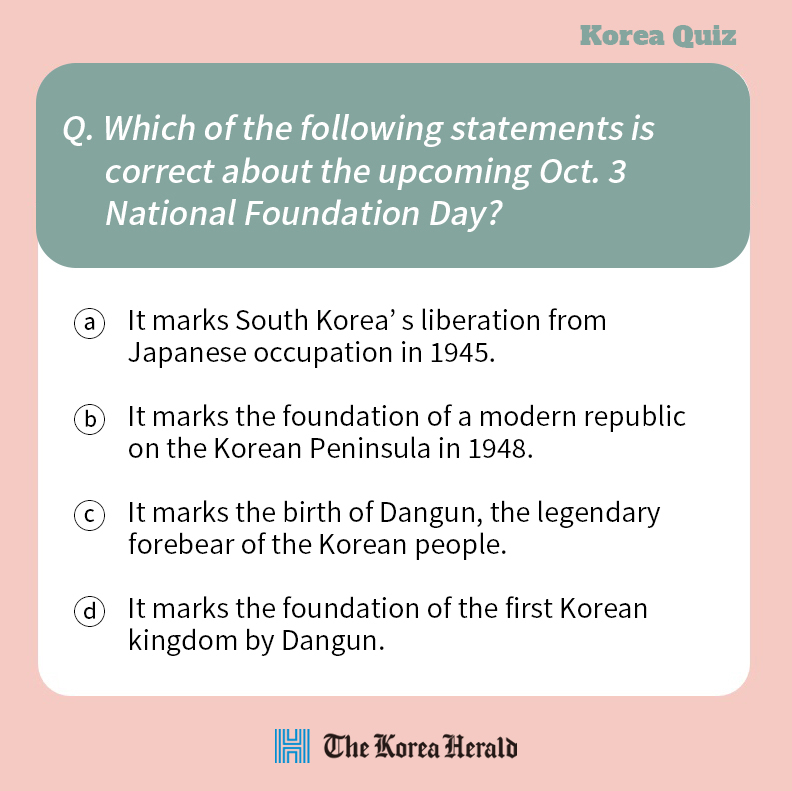 Oct. 3 is the National Foundation Day, which is a public holiday in South Korea.

Called Gaecheonjeol (개천절) in Korean, meaning the day when the sky opened, it commemorates the foundation of the very first kingdom on the Korean Peninsula more than four millennia ago.

Dangun, the mythological forefather of the Korean ethnicity and the son of a heavenly prince and a bear woman, is the one who started and ruled as king the ancient dynasty of Gojoseon in BC 2333. Koreans -- on both sides of the border -- view this as the beginning of the Korean history.

2022's celebrations will mark the 4355th-year anniversary of Gojoseon's foundation.

Korea marks its liberation from Japanese occupation in 1945 on Independence Day, which is on Aug. 15 and is also a national holiday.