According to a list of cities with the most millionaires, multimillionaires and billionaires released by Wealth Insight, a London-based wealth consultancy company, six cities in Asia ranked in the top 10.

Tokyo topped the list with 461,000 millionaires, or persons with more than $1 million in assets minus liabilities. New York and London came in second and third, respectively. 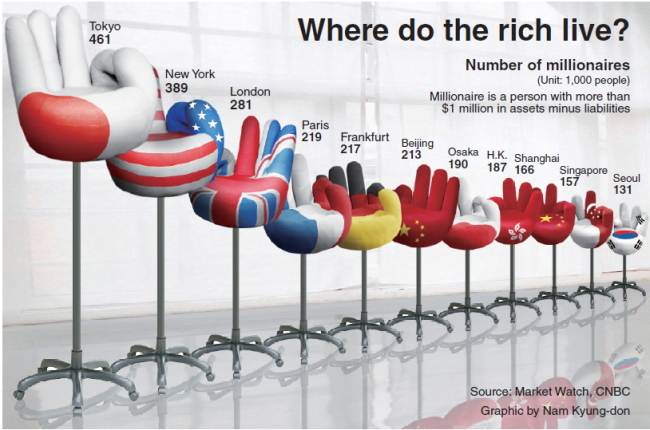 Tokyo ranks at the top because of its population density in urban areas, and 20 percent of Japan’s wealthy live in Tokyo, according to U.S. business news channel CNBC.

Wealth Insight predicted that China would surpass Japan on the millionaire list and rank at second next to the United States by 2020.

New York tops the list of billionaires, with 70 billionaires calling it home. Moscow, which is not ranked in the top 10 on the millionaire ranking, ranked second on the billionaire list. Third place went to London.