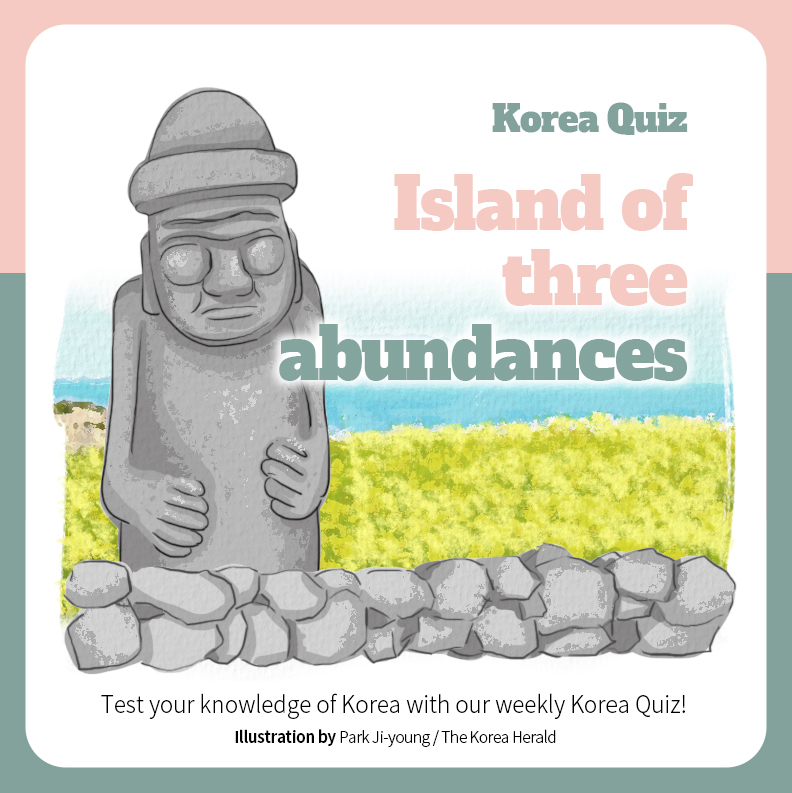 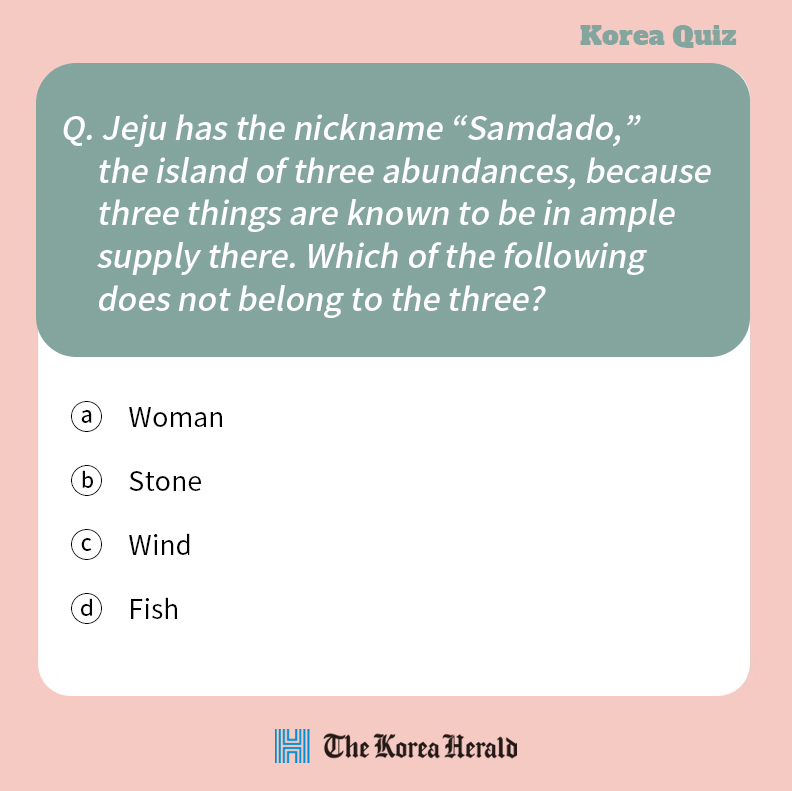 The popular resort island of Jeju is often referred to as the island of three abundances, or Samdado.

In an essay published in 1968, Korean lepidopterist Seok Joo-myung identified characteristics of the southern island as samda and sammu – three abundances and three scarcities. Sam in Korean language refers to the number 3 while da means many, or large in quantity, and mu means nothing or nonexistence.

The three things that are plenty on Juju are stones, wind and women.

First, the stones. Jeju is an island formed by volcanic activity during the Quaternary of the Cenozoic 1.7 million years ago. The hot lava that erupted from the volcano flowed down to the surface, cooled and accumulated again, forming Jeju’s unique landforms with numerous caves and small cones. Over 90 percent of Jeju’s land is covered with basalt, a dark-colored volcanic rock with many small holes.

The island is also known for strong winds.

As it is located in a place where atmospheric pressure changes are severe geographically and climatically, strong winds that are incomparable to the mainland are seen on the island.

According to the Korea Meteorological Administration, the average annual wind speed in Jeju is 4.5 meters per second, which is 1.2 to 2 times stronger than that of the mainland.

The average number of typhoons passing through Jeju a year is 2.6, which is also among the highest in the country.

Lastly, the women. According to a travel literature essay "Namsarok" from the 1600s, the sex ratio was around 70 male residents to 100 females.

This is believed to be because men on Jeju were mostly fishermen and sailors who had higher risks of dying in maritime accidents.

Meanwhile, the three things that were said to be hardly found were thieves, beggars and gates.