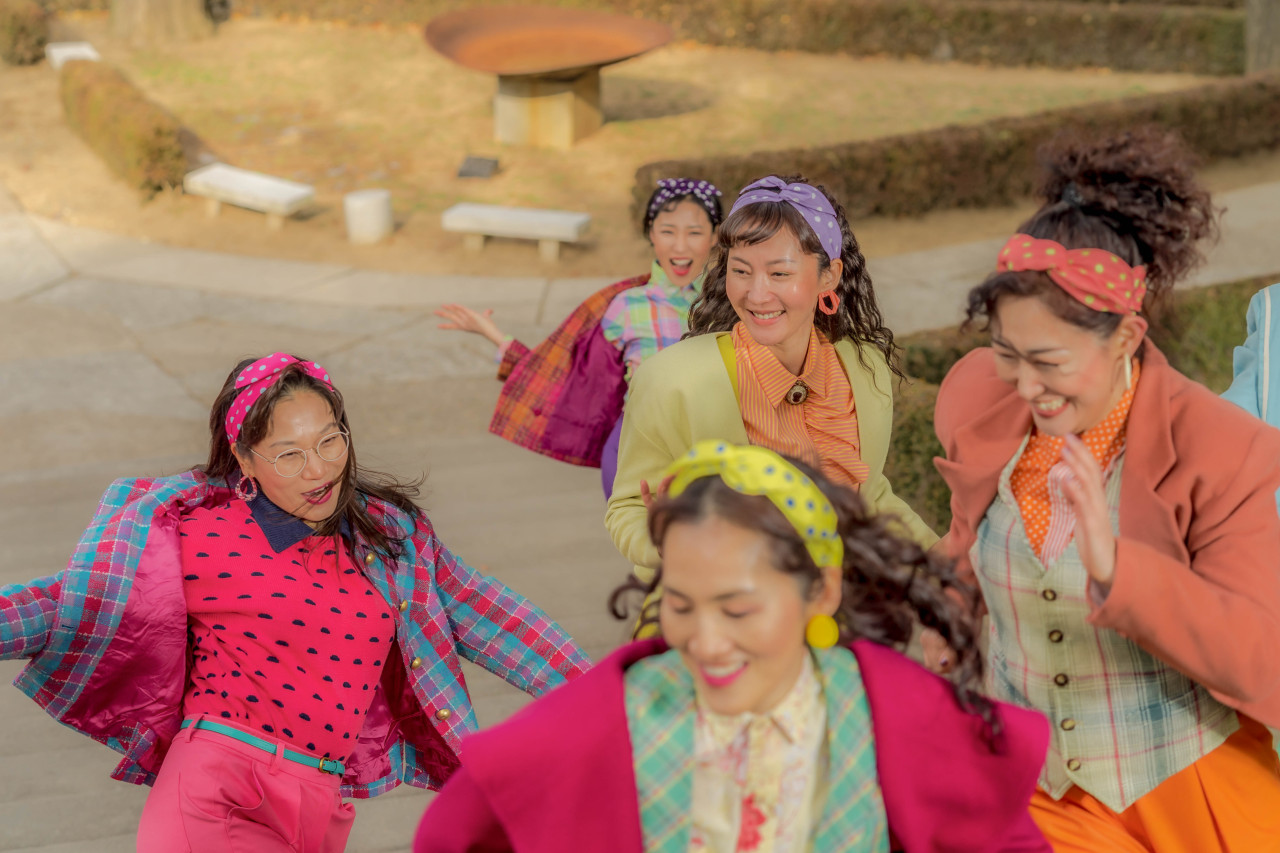 It is no secret that Korean moviegoers have a soft spot for musical films.

Yet, memorable Korean musical films that appeal to local audiences have been conspicuously absent.

This is why there has been a lot of hype in Korean online communities around Korea’s first jukebox musical film “Life is Beautiful” since it was first introduced in 2020. Directed by Choi Kook-hee, it took over two years for the film to finally be released due to the COVID-19 pandemic situation.

Now, the musical film is ready to win over audiences’ hearts. It’s a film full of sentimental drama, popular Korean hit songs from the 1970s to the 2000s and veteran actors’ skillful performances.

In the film, a housewife (Yum Jung-ah) who has devoted her entire life to her family finds out that she has lung cancer and only a few months left to live. As her last birthday present, the wife asks her husband (Ryu Seung-ryong) to help find her first high school crush. Though reluctant at first, her husband decides to go on this strange journey.

“This movie is about a mother. It does not matter what generation you were born in -- if you have a mother and a family, you can enjoy the film,” director Choi said during a press conference held at Lotte Cinema World Tower in Seoul on Tuesday.

The director added that his film can be particularly entertaining for people in their 40s and 50s, as it contains many hit songs that were popular when this demographic was younger.

“I loved that the film has songs that I enjoy listening to,” actor Ryu, 51, said.

Veteran actor Ryu added that Lee Moon-sae’s song “Unpredictable Life” was his favorite in the movie, as he found the song's lyrics relatable.

Co-star Yum, 50, also agreed that she was delighted to listen to the songs in the movie.

Director Choi explained that his team made a list of 30 to 40 hit Korean songs and discussed with the writer, producer and music director to select those that fit different scenes in the movie.

Since it is a musical film, the veteran actors, who do not have experience doing a musical project, had to take up a challenge.

“For the musical film, singing and dancing are as important as the acting. The veteran actors practiced the songs for over a year and also practiced the dance moves for around six months. I am really grateful for their hard work,” the director said.

Choi added that he decided to cast actors who do not have experience doing a musical project because he believed that good actors can pull off singing and dancing performances as well.

“I personally thought that if an actor is good at acting, he or she can also be good at dancing and singing,” the director said.

Choi also talked about why he decided to name his new musical movie “Life is Beautiful” which is the same as the popular Italian movie released in 1997.

“We did try changing the title. We even held a contest among staff but we came to the conclusion that the title ‘Life is Beautiful’ fits our movie well, so we decided to keep it,” he said.

"Life is Beautiful" will hit local theaters on Sept. 28.

The musical film is led by two K-pop artists, Baek A-yeon and Park Jin-young of the boyband GOT 7.

“This is my first project as a voice actor, and I was relieved that it has songs. I am a singer, so acting was a challenge for me. If it only had dialogue, I think I would have had more pressure,” Baek said during a press conference held at Yongsan CGV on Tuesday.

The fantasy musical animation is about Princess Aya (Baek) of the Yeonliji kingdom, who is under a curse that transforms her into different animals. Using a magical bracelet, she is able to hide that she is cursed. One day, the king of Yeonliji decides to create an alliance with the Kingdom of Vatar by marrying Aya off to Prince Vari (Park).

“Princess Aya” will be released on Sept. 21.