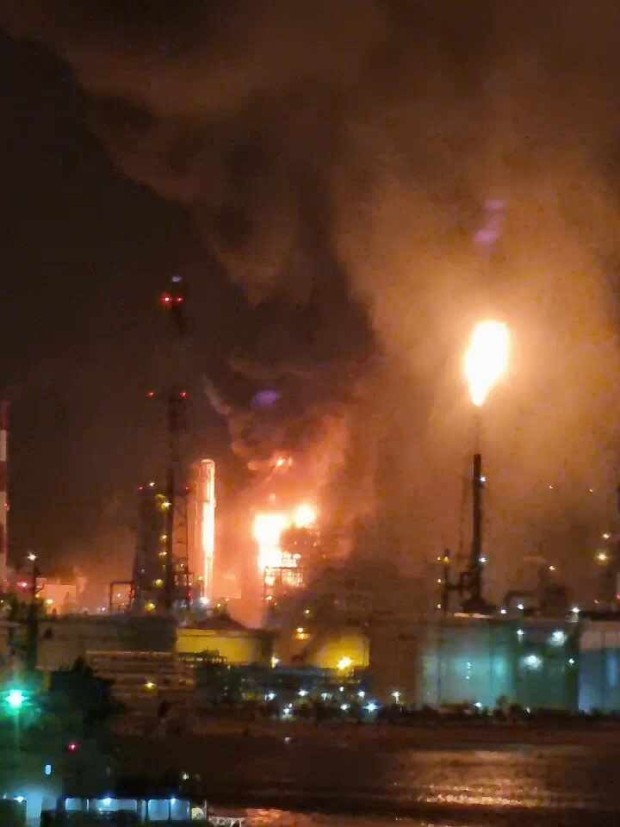 An explosion at an S-Oil refinery in Ulsan, some 400 kilometers southeast of Seoul, left one person dead and nine others injured, firefighters said Friday.

Firefighters were notified of an explosion at the S-Oil refinery at 8:52 p.m. on Thursday. The injured workers were transported to a hospital nearby.

While the exact cause has yet to be determined, fire authorities said the accident occurred inside S-Oil’s refinery at Onsan industrial park while crude oil was being processed into petroleum. A total of 39 fire trucks and 120 firefighters were dispatched to the scene.

The injured workers who were transferred to the hospital are being treated for second-degree burns to the face and the palms, according to authorities.

The firefighters at the refinery appeared to be having trouble fighting the blaze, according to local reports.