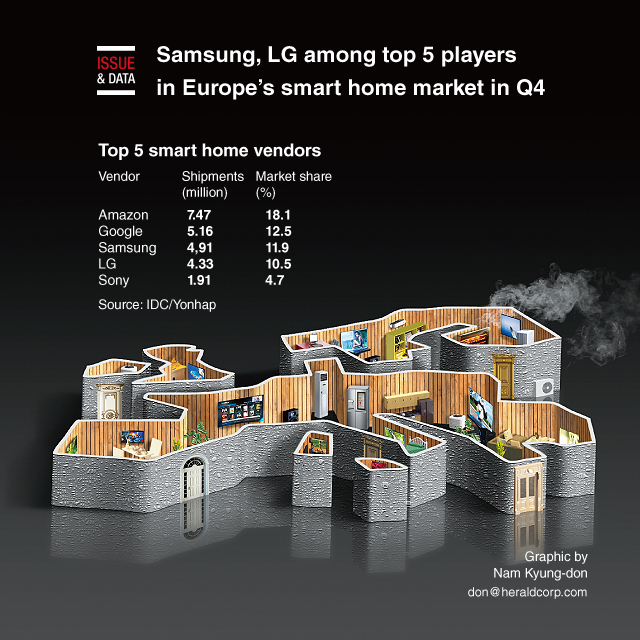 South Korea’s two major electronics firms - Samsung Electronics and LG Electronics - were among the top five players in the European smart home market in the fourth quarter of last year, a report showed, as they push to increase connected devices amid the pandemic-induced stay-at-home trend.

Samsung was the third-largest vendor of smart home devices, including smart TVs, smart speakers, thermostats and home security products, in Europe after shipping 4.91 million units in the October-December period, down 2.4 percent from a year earlier, according to market tracker International Data.

LG took the fourth spot after shipping 4.33 million units in the fourth quarter, up 7.6 percent from a year earlier, with a market share of 10.5 percent, down from 10.9 percent a year ago. (Yonhap)