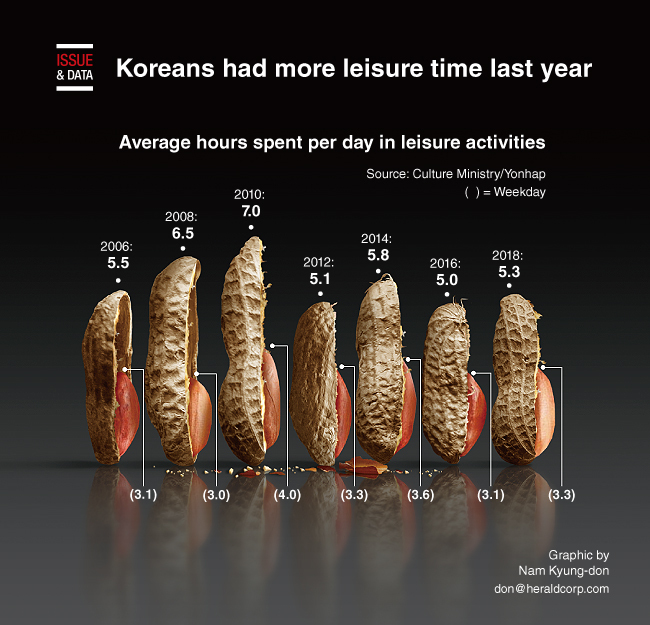 Koreans are surveyed to have had more leisure time and spent more money on leisure activities on average in 2018 than previous years.

On average, people had 3.3 hours of free time per weekday and 5.3 hours per weekend, the Culture Ministry said, citing the outcome of its 2018 survey on national leisure activities of 10,498 people aged over 15 in 17 cities across the nation via one-on-one interviews.

The figures were increases from 3.1 hours and 5 hours in 2016, respectively, according to the survey, which is conducted every two years.