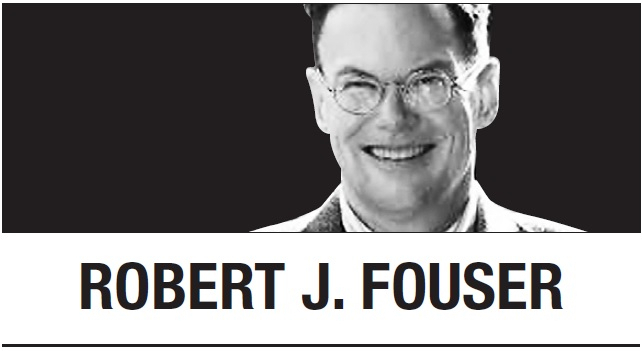 The funeral of Queen Elizabeth II on Monday brought the largest gathering of world leaders in years, as 500 heads of state and foreign dignitaries gathered in London to honor the beloved queen. Immediately following her death, the new king, Charles III, began leading the nation in mourning and introduced himself to a public that knows no other monarch.

In his speeches, King Charles has vowed to dedicate his life to service as his mother had done. His speeches have been marked by their respect for tradition and the memory of his mother. At some point in the speeches, the word “sovereignty” has appeared, which caught my ears because it differs from contemporary ideas of sovereignty.

According to the Merriam-Webster Dictionary, “sovereignty” means: a) supreme power especially over a body politic; b) freedom from external control; and c) controlling influence. In the postcolonial period that began with the end of the World War II, most people associate sovereignty with “freedom from external control” in the form of national independence. Charles, however, was referring to the traditional idea of sovereignty as “supreme power especially over a body politic.”

In monarchies, supreme power is in the hands of the monarch who rules over loyal subjects. In democratic constitutional monarchies, such as the United Kingdom, the monarch is a symbolic leader and political power rests with democratically elected representatives. Charles is thus a figurehead who reigns but does not rule. Tradition refers to him as the sovereign, the “supreme power,” but that lies with the British people who express their will through elections.

The United Kingdom evolved into a democratic constitutional monarchy of hundreds of years. The Magna Carta in 1215 started the protracted process of limiting the monarch’s power. The late Queen Elizabeth earned respect for refraining from expressing her political views or involving herself in politics.

In South Korea, the concept of sovereignty is vague. The nation was founded as a republic, which means “supreme power” is in the hands of the people who adopt laws and structures to govern themselves. Reality was the opposite, as authoritarian rulers from Syngman Rhee to Chun Doo-hwan held or attempted to hold “supreme power” over the people. The people, of course, saw the gap between the nation’s founding ideals and the political reality. At critical junctures, such as 1960, 1980 and 1987, attempts to exert power over the people stirred widespread public outrage. The 1987 explosion was enough to create lasting changes that put power in the hands of the people for the first time in all of Korean history.

Since 1987, the country has had smooth transfers of power and has deepened democracy and respect for human rights. The country has done so well that, according to the Economist Intelligence Unit’s “Democracy Index” for 2021, it ranks 16th in world, two notches above the UK and 10 above the US, which, at 26th, is now classified as a “flawed democracy.”

South Korea has succeeded at democracy because the people have remained vigilant and ready to check leaders who attempt to take sovereignty away from them. But there are danger signs, coming not from power-hungry leaders but from a faceless bureaucracy. The COVID-19 pandemic that swept across the world in early 2020 required extraordinary measures everywhere. South Korea’s much-praised response to the pandemic emerged from a competent bureaucracy that moved quickly, which no doubt saved many lives.

But success emboldened the bureaucracy, causing it to double down on controversial decisions. The quarantine period, for example, lasted nearly two years, far longer than other advanced countries. An easing of the system in 2021 created another controversy because people vaccinated overseas were not eligible for quarantine wavers. This was finally changed after a group of foreign ambassadors complained. This year, the authorities required polymerase chain reaction tests far longer than other advanced countries. The recalcitrance of the bureaucracy caused undue hardship to visitors and returning residents as well as to the travel and hospitality sector of the economy.

The power of the bureaucracy in South Korea is not new, of course. It helped dictators exert control, but it also has played a key role in promoting economic growth and social development. The problem with the bureaucracy is not its record or its competence, but the simple fact that it is not elected.

Allowing an unelected bureaucracy to rule shifts sovereignty away from the people, which puts democracy at risk. To prevent the bureaucracy from continuing to accumulate power, South Korean citizens need to start asking questions and demanding accountability.