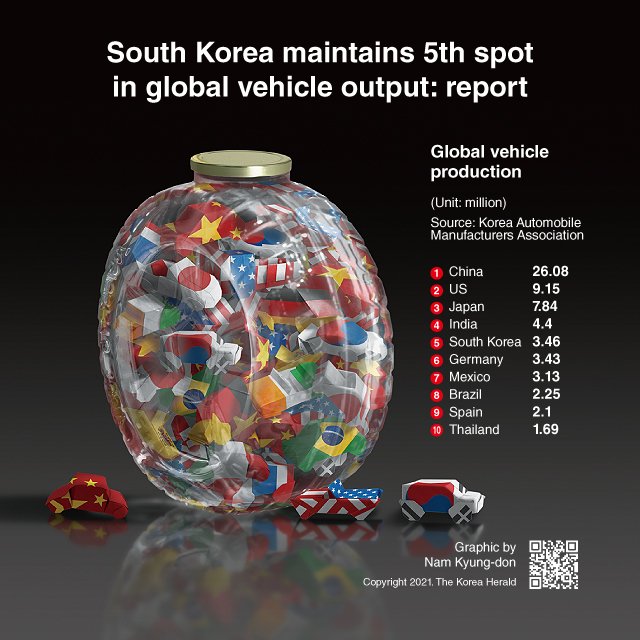 South Korea ranked fifth in terms of global vehicle production last year, retaining the spot for the second consecutive year, amid efforts to minimize the fallout from the pandemic-caused global chip shortage, a report showed.

The combined vehicle output by South Korean carmakers, including Hyundai Motor and Kia, reached 3.46 million units as of end-2021, down 1.3 percent from the previous year, according to the report from the Korea Automobile Manufacturers Association.

China kept the top spot for a 13th straight year by producing 26.1 million vehicles in 2021, followed by the United States with 9.15 million units, Japan with 7.84 million and India with 4.39 million, respectively, the report said. (Yonhap)