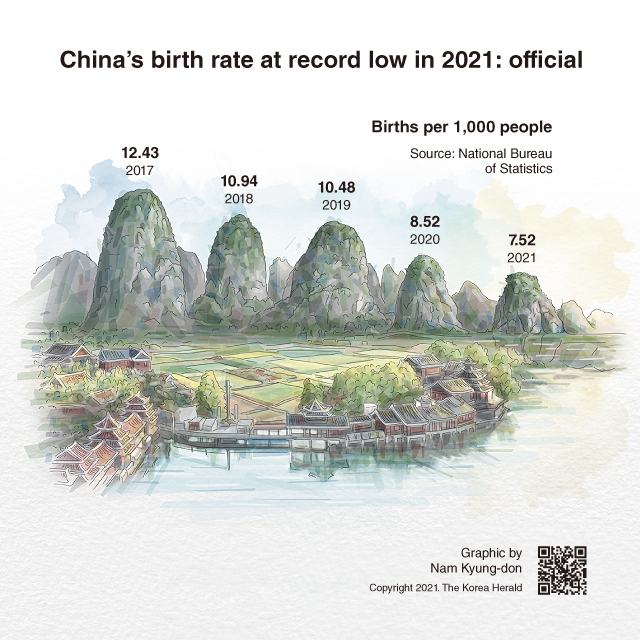 Beijing has been grappling with a looming demographic crisis as it faces a rapidly aging workforce, slowing economy and the country's weakest population growth in decades.

The birth rate of the world’s second-biggest economy slipped to 7.52 births per 1,000 people, according to National Bureau of Statistics data, down from 8.52 in 2020.

The figures are the lowest since records began in 1949, when Communist China was founded, according to NBS data. (AFP)