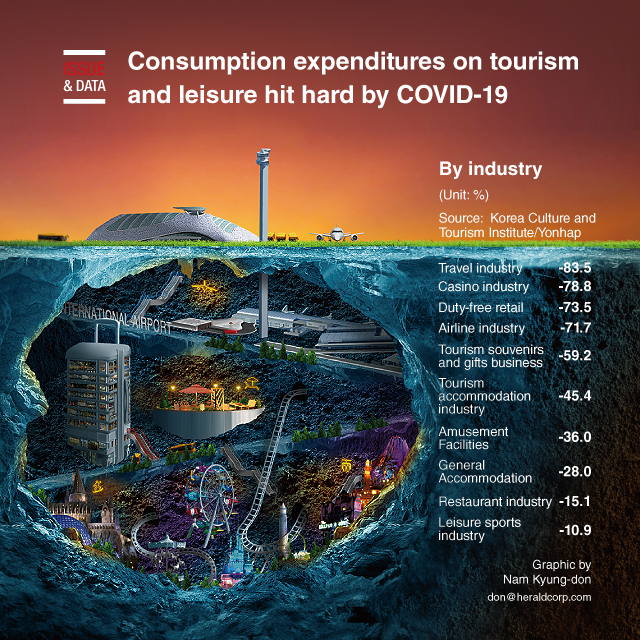 Consumption expenditures in South Korea's tourism and leisure sector decreased by more than 20 percent last year due to the coronavirus pandemic, a state-funded think tank said .

In particular, foreigners’ spending in the domestic tourism and leisure sector plunged by nearly 80 percent and the travel industry was hit hardest among the relevant industries, the Korea Culture and Tourism Institute said.

Last year, consumption expenditures in the nation's tourism and leisure industries were estimated at 134.89 trillion won ($121 billion), down 21.8 percent, or 37.68 trillion won, from the previous year, the institute said.

The decrease rate for the casino industry was 78.8 percent, compared with 73.5 percent for duty-free retail and 71.7 percent for the airline industry, it said. (Yonhap)