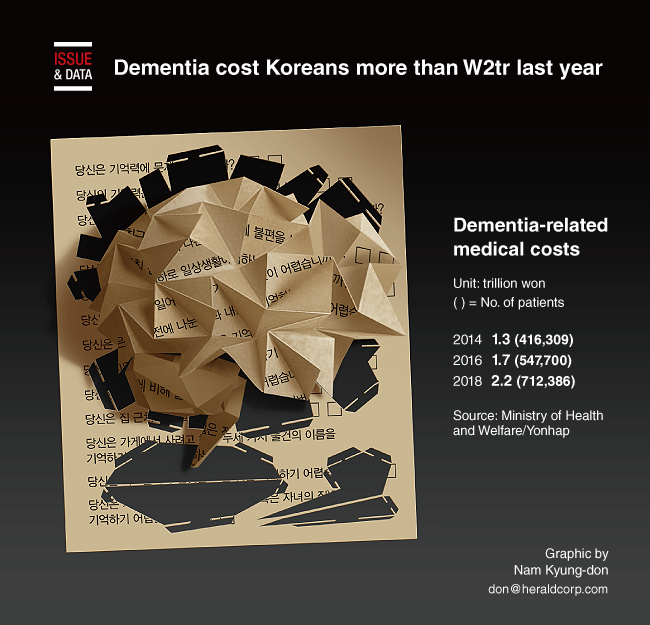 As the population ages, the number of South Koreans with dementia has soared in recent years and so have associated costs, data showed. In 2018, dementia-related medical spending exceeded the 2 trillion won ($1.67 billion) threshold for the first time.