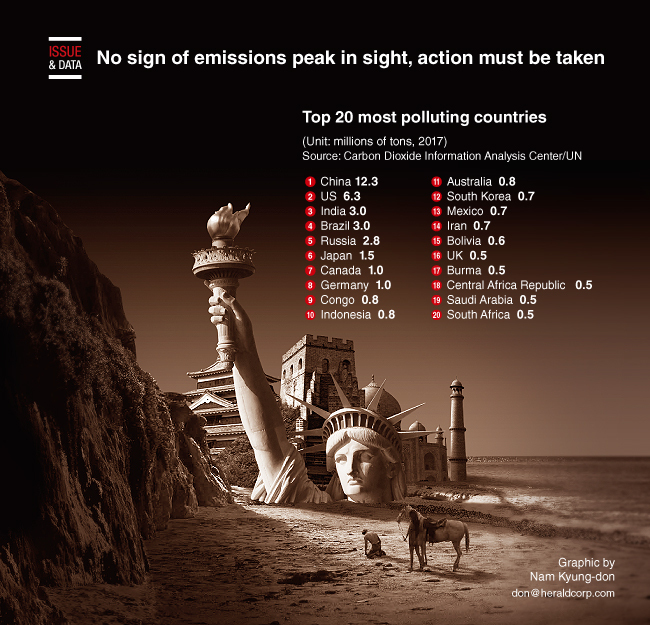 A United Nations report said global efforts to reduce the effects of climate change are way off track, with global carbon dioxide emissions rising again in 2017.

US emissions remain a source of debate, as the second-largest global polluter recently withdrew from the Paris Agreement despite current figures stating an output of 6.3 million tons per year.

According to figures unadjusted for population size, the top 20 polluters only include three European nations.