The South Korean conglomerate acknowledged that it positively reviewing the acquisition, unlike in February when it said it is merely one of the candidates available for merger.

Lotte has an agreement with Pepsi for manufacturing and distribution in South Korea since 1976 through Lotte Chilsung Beverage. It also owns 34.4 percent stake in Pepsi’s operations in Philippines since 2010, and has set up a joint venture with Myanmar’s Pepsi bottling company MGS Beverage in 2014, owning 76.6 percent stake. 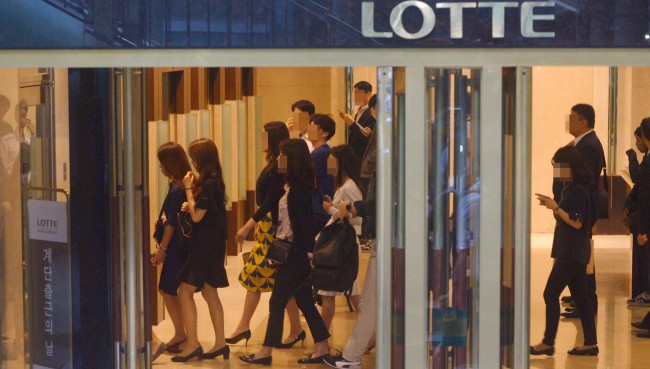 Chairman Shin Dong-bin is leading the group’s expansion into Pakistan, looking to create synergy in the South Asian country where it already has a local confectionary business since 2010.

Lotte will not only seek to take over more Pepsi bottlers -- there are eight in Pakistan -- but is also eyeing PepsiCo Pakistan that produces the original syrup.

Lahore PepsiCo’s annual revenue is approximately 100 billion won (US$88.42 million) and the acquisition amount is said to be slightly lower than that.

“As the (prosecutors’) investigation has come to an end, the group will come up with innovative plans to change itself, and will also restart investment that has been put on hold,” said an industry source.