The group’s affiliates have been active in mergers and acquisitions both in Korea and abroad, in sharp contrast to their conservative approach in the past. 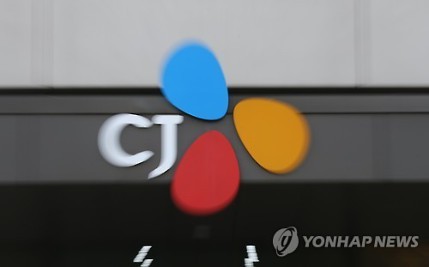 The group has been putting efforts to fend off market criticism against its ailing chairman, which has delayed its expansion strategies through M&As. The group’s owner Lee Jay-hyun has been charged with embezzlement and tax evasion and was sentenced to 2 1/2 years in prison by the Seoul High Court last year. He has appealed the verdict and is awaiting a final decision.

After years of struggle, the group appears to be shifting management control away from the family to professional CEOs. Shareholders approved Friday to replace Lee at the boardrooms of its two main affiliates -- CJ Corp. and CJ Cheiljedang -- with vice presidents of the two companies.

“A sense of urgency has been spreading that delaying investment plans could hurt (the group’s) future growth,” a CJ official was quoted as saying by a local news agency Newsis.

“We are not going to hesitate to take action in areas that have been delayed for years.”

Acquiring the firm would help CJ to expand its business portfolio in the health care sector, the company said. Founded in 1986, the Chinese firm has produced a variety of amino acids for different uses including health products, living items and fertilizers.

By making massive investments in R&D and facilities, CJ plans to expand the production of amino acids for medical uses for babies and children. It plans to generate 400 billion won ($343 million) revenue by 2020 and take up 35 percent of the market valued at 1 trillion won.

Beyond the medical sector, CJ is also eyeing the entertainment business overseas.

According to reports, CJ has reached a tentative agreement with the Turkish firm over the deal which is estimated about 800 billion won, and is in the final stage of arranging stock purchase agreement.

“If CJ CGV consortium acquires Mars Sinema, the biggest cinema chain in Turkey, the number of its global (distribution) sites will increase to 253,” said Kim Hyun-yong, an analyst at eBest Securities.