[Voice] How can Korea end corruption?

With the nation behind many developed countries in corruption indices ...How can Korea end corruption?

By Korea Herald
Published : Nov 12, 2012 - 20:57       Updated : Nov 14, 2012 - 14:41
South Korea, by many criteria, increasingly fits the mold of an advanced nation. But, despite the country’s growing role in international affairs and its status as the world’s 13th-biggest economy, one black spot, at least, challenges that definition: pervasive corruption.

Korea’s public sector ranked just 43rd out of 182 countries in last year’s Transparency International Corruption Perceptions Index. The ranking was a drop of four places from the previous year. Meanwhile, a survey released by the Anti-Corruption and Civil Rights Commission last month found that 40 percent of businesspeople deemed Korean society to be corrupt.

This year alone, several of President Lee Myung-bak’s aides and family members, the ex-head of the Korea Communications Commission and the floor leader of the main opposition party have all been implicated in corruption scandals. The private sector has fared little better: Taekwang Group and Hanwa Group’s respective chairmen were handed down prison sentences for separate instances of embezzlement. At the lower levels of the economy, the Financial Supervisory Service sanctioned some 450 financial company employees for misconduct in the first nine months of the year.

In a withering assessment of Korean society, the president, himself currently embroiled in a scandal over a now-abandoned retirement home project, last year claimed that “the entire nation is rotten.”

Kim Sung-soo, the executive director of Transparency International Korea, told The Korea Herald that regulations and punishment of corruption were insufficient, largely because of an overly cozy relationship between the government and private business.

“Korea’s anti-corruption policy and regulations are not strong enough, especially for the private sector, to combat corruption. Presumably there is strong lobbying or even bribery from the private sector to the public sector,” said Kim, who believes that a change of power in December’s presidential election would be a positive step forward as Korea’s corruption perceptions ranking has dropped on the current government’s watch. “Money talks too much in Korea.”

All three main presidential candidates, Park Geun-hye of the Saenuri Party, Moon Jae-in of the Democratic United Party and independent Ahn Cheol-soo, have placed heavy emphasis on cleaning up the political and business worlds during their campaigns.

Korea’s rapid development in the latter half of the 20th century came on the back of heavy state involvement in the economy, with crony capitalism a persistent feature of previous dictatorial governments. Economic growth was in the past seen as a greater priority than transparency and the rule of law, said Park Gae-ok, director-general of the Anti-Corruption Bureau of the ACRC.

“In the case of Korea, illegalities and irregularities were tolerated in the course of rapid economic growth and in connection with nepotism and paternalism characteristic of Korean society,” said Park. “It takes a very long time to remedy such problems, and detection and punishment are not a fundamental solution.”

Illegality is just one factor in government-business relations with an influence on the scale of corruption. Much of the political realm’s authority to shield the powerful from the consequences of their crimes is enshrined in law. The current and former presidents’ pardoning of numerous political and business figures has long been a source of public antipathy.

Kim Pan-suk, dean of the College of Government and Business at Yonsei University, said that the president was “critical” to efforts to fight corruption.

“In my view, political will is the most important factor in reducing corruption,” said Kim. “If you go back to the Kim Dae-jung regime, he was a very good president and had a good vision to reduce corruption so he promulgated many rules and regulations.”

The Kim Dae-jung administration introduced the Anti-Corruption Act in 2001, and established the Korea Independent Commission Against Corruption the following year. The Lee administration merged the KICAC with two other bodies in 2008 to form the ACRC. The most recent legislative move against corruption was the Act on the Protection of Public Interest Whistleblowers, passed last year. As of October, the ACRC had received 1,216 whistle-blower reports, ranging from issues to do with consumer rights to healthy and safety.

The legislation has resulted in a number of significant outcomes in the public interest, according to Park.

“The new whistle-blowing mechanism has since contributed to correcting violations of the public interest and improving relevant laws and systems,” said Park. “For instance, flaws in reinforcement work for the understructure of a railway bridge were corrected, while legal amendments and introduction of new facilities were made to prevent the infection of the hepatitis B virus through blood transfusion.”

Park said that his organization is also currently working on the passage of the Bill on the Prohibition of Illegal Solicitations and Prevention of Conflicts of Interest of Public Officials, which would rectify the current situation where officials can avoid punishment if it cannot be established that they provided favors in return for a bribe.

“The bill is aimed at prohibiting malpractices in the public sector, as well as providing specific standards of behavior for preventing the interference of private interests in the performance of public officials’ duties. When enacted, the bill is expected to contribute greatly to preventing and deterring corruption in the public sector,” he said.

Politics and business are not the only explanations offered for the scale of corruption ― many also point to a problem of culture.

We must renew our social mind and Korean officials and nationwide support for the fight against bureaucratic corruption, for transparency and justice. But Korean political groups, especially the president, parliament members and Korean officials, seek private interest and lack common sense and so they encourage in corruption.”

Yonsei University’s Kim said that an overly partisan media that fixates on certain scandals but ignores others for political reasons added to the lack of transparency in Korean society.

“Under such circumstances, if you investigate something, people may suspect some biased evaluation, so I think this situation should be corrected. The media should be fair and broadly supported by the general public and then investigate certain things and they will have the public’s confidence and trust.”

Institutions, however, can only be so responsible for fixing societal problems, according to some experts. The most fundamental change must ultimately come from the public.

“The most fundamental element in fighting corruption is the change in the mindset of people,” said Park. “Increased soundness and transparency in a society helps create an environment that keeps even customary malpractices and minor forms of corruption from taking root.”

Corruption is the most common white-collar crime that takes place in Korea. Numerous politicians give each other bribes, and a number of students enter university in illegal ways, taking advantage of their family background. Actually, it can be said that it is almost impossible to completely end corruption. However, there are several ways to lessen corruption within Korea.

It is essential for the government to solve the problem of social hierarchy. To speak frankly, the Korean economy is highly influenced by the rich from large companies. Since large companies possess too much power, they dominate Korea and commit irregularities.

Collusion would be a typical example. Large companies fix prices in the market so that small and medium-sized companies are not able to control the market share.

Consequently, the government should come up with a solution to control large companies and boost the middle class. Providing financial support to small and medium-sized enterprises would be a solution. The government can lend owners of SMEs money with low interest rates. As a result, the owners will be able to develop and diversify their business more easily, and power will be distributed among large companies and small and medium-sized companies. Additionally, there is a high chance that the corruption issue will be solved or even end.

On top of that, for the problem of corruption of education, education offices could erect an objective standard to evaluate students. After the expansion of nonscheduled admissions at colleges, more and more problems related to illicit college entry came up.

For this issue, educational institutions could establish an objective criterion to assess students. For instance, colleges can evaluate students in accordance with scores of licensing examinations. In addition, in the case of students’ portfolios, colleges can score item by item. That way students who endeavored more than anyone else would be able to achieve their goal not being affected by corruption.

Besides ways I suggested, there is a very large number of methods to solve the problem of corruption. The quote “Nothing is impossible” is so for this case. It is our never-ending assignment to end corruption in Korea.

I personally believe that this is true, not only to end corruption in South Korea, but also in any part of the world: The key is an intellectual movement starting from academia. Once the intellectuals are truly informed beyond the mainstream rhetoric of left and right, they are in a position to educate the public. I propose that the focus of education will be the study of the school of economics that shaped the political career of U.S. Congressman Ron Paul. Once the public is truly informed and this particular school of economics turns mainstream, then look and support any politician that advocates genuine monetary reforms.

The term “corruption” can mean numerous things. What I mean by this is that there is government corruption, political corruption, and corruption in general. Each of these things can affect a country as well as impact the country’s economy. When it comes to the question of how corruption in South Korea can be ended, I think that corruption cannot end because every day you wake up, you pray to God that it will be a good day and that nothing bad will happen to you. So, you cannot end corruption; the only thing that the government can do is lower corruption. For the month of May, Korea’s Corruption Perceptions Index marked the corruption level to be at 5.4 in the year 2011.

This was down 0.2 point from the year 2008. If corruption is reduced in South Korea, it will help boost the economy. The CPI is complied by Transparency International, based on research as well as analysis on the integrity level of the government officials in Korea as well as worldwide politicians. The CPI is measured on a scale from 0 to 10, where 0 means that corruption is low and 10 high.

The only way that corruption can end is by the police really stepping up their game and monitoring the country 24/7. Plus, in order to end corruption, the government will need to establish really strict laws in order for corruption to be reduced. The people in South Korea will need to be vigilant, watch over each other, and report any suspicious activity to the police if they see it. If the country can reduce its corruption level, Korea’s economy can improve, which will be good for the country. Not only that, but the country needs to make sure that the government is not corrupt and that they are abiding by the rules as well and not doing anything that will hurt their reputation if they are the governor of the country. So, hopefully, in the years to come, the corruption level in Korea will be reduced and the economy can improve. 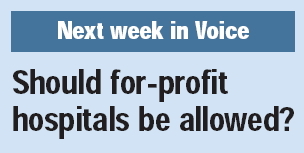