Parties gear up for April by-elections


Rival parties are speeding up preparations for the April 27 by-elections as their lists of potential candidates take shape.

The ruling Grand National Party and the main opposition Democratic Party are striving to field more competitive personalities for the elections, which are expected to serve as a political weathervane ahead of parliamentary and presidential polls in 2012.

The elections, which were initially expected to be small in scale, have grown to a nationwide competition to fill at least 26 positions ― three lawmakers, six provincial administrative chiefs and 17 local councilors.

Gangwon Province has emerged as the biggest battleground in the elections as the GNP seeks to win back the hearts of voters in its traditional political base after losing the governor position to its rival candidate in the June 2 local elections last year.

The former Gangwon governor Lee Kwang-jae was forced out after the Supreme Court confirmed early this year that he was guilty of taking kickbacks from a businessman several years ago.

For the governor seat, DP Rep. Choi Moon-soon has declared his intention to run while Eom Ki-young, former MBC president, joined the GNP and threw his hat in the ring Wednesday. 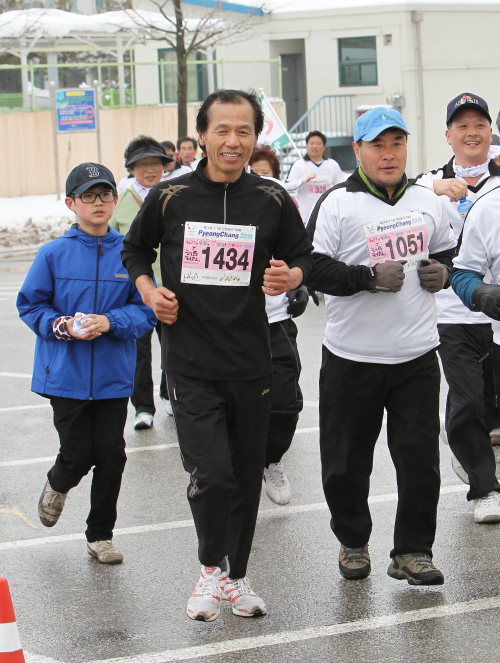 The race for the governor post drew particular attention as both Choi and Eom have served as MBC president and went to the same high school in Chuncheon in the northeastern province.

According to a popularity survey conducted on Feb. 28 by the local pollster Research View, Eom garnered 42.2 percent of support ― 6.9 percentage points higher than what Choi gained.

Choi and his party, however, criticized Eom as an “opportunist,” pointing out that he had been on their side when they were fighting against the ruling camp pushing for media bills, which they claimed would allow conservative newspapers to dominate the media landscape.

To get on the party ticket for provincial chief, Choi and Eom are expected to go through stiff intra-party competition.

Cho Il-hyeon, former DP lawmaker, has voiced his wish to get on the DP ticket for the Gangwon governor post. Former DP lawmaker Lee Hwa-young is also being mentioned as a possible candidate.

The DP believes that public sentiment in the province could turn in its favor in the elections as some voters still sympathize with the ill-fated governor Lee who had to step down only about six months into his governorship.

Another hotly contested position is the parliamentary seat representing the Gimhae-eul constituency in South Gyeongsang Province.

The DP believes it could win the seat on the back of the still-strong popularity of former President Roh Moo-hyun, who was born and raised there. The DP plans to pick its candidate through intra-party competition and merge the candidacy with the minor opposition People Participation Party.

The GNP is trying to win the seat in its political stronghold by fielding an influential regional figure ― former governor of South Gyeongsang Province, Kim Tae-ho.

Last year, Kim was nominated as the new prime minister, but withdrew amid bribery allegations. Kim, currently studying in China, is expected to return home later this week and declare his intention to run for the elections.

For the district, the DP is struggling to attract a competitive figure while its leader Sohn Hak-kyu is being mentioned as a possible candidate given his popularity in the region.

For the lawmaker post representing Suncheon, South Jeolla Province, the DP plans to form an alliance of opposition parties to field a single strong candidate that does not belong to it. Under this plan, some of the DP members are expected to bolt from the party to run for the election as independent candidates.