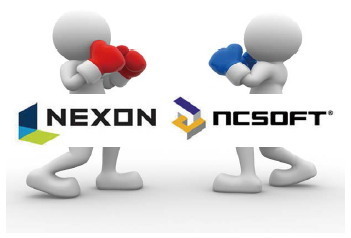 Rival game developers Nexon and NCSoft appear to have failed to find a major breakthrough in their feuds over control of the latter’s management.

On Tuesday, the country’s No. 2 game-maker NCSoft responded to shareholder Nexon’s recent proposal to become a more active investor by participating in the rival firm’s management based on its stake.


The two firms said they agreed not to disclose the contents of the response, but industry watchers predicted that NCSoft rejected Nexon’s bid for wider involvement in management.

“We have received the response from NCSoft, but we would not reveal its contents,” said a Nexon official. “We will decide our stance after carefully discussing the response.”

On Friday, Nexon, NCSoft’s largest shareholder, revealed its proposal to the public in a rare move to put pressure on NCSoft.

Nexon asked for an immediate response to its three requirements: the rights to appoint a board member and inspect the specifications of shareholders’ list and adopting an electronic voting system to better protect shareholders’ rights.

The company also asked to reveal the specifics on its share or asset transactions and salaries of its nonexecutive directors, especially CEO Kim Taek-jin’s wife Yoon Song-yee, who was recently promoted to company president. The deadline was not specified.

“For the initial requirements, NCSoft may have no other option but to accept,” said an industry source, declining to be named. “The real battle will depend on more sensitive issues like the revelation of asset sales and salaries of nonexecutive directors.”

Attention is being paid to NCSoft’s conference call planned for Wednesday in which the company’s top executives are expected to respond to analysts’ questions.

NCSoft CEO Kim has a 9.98 percent share, while NCSoft and the National Pension Service hold 8.93 percent and 7.89 percent, respectively.

When Nexon acquired the stake last year, it said the purchase was just an investment and it had no intention of increasing its control over NCSoft.