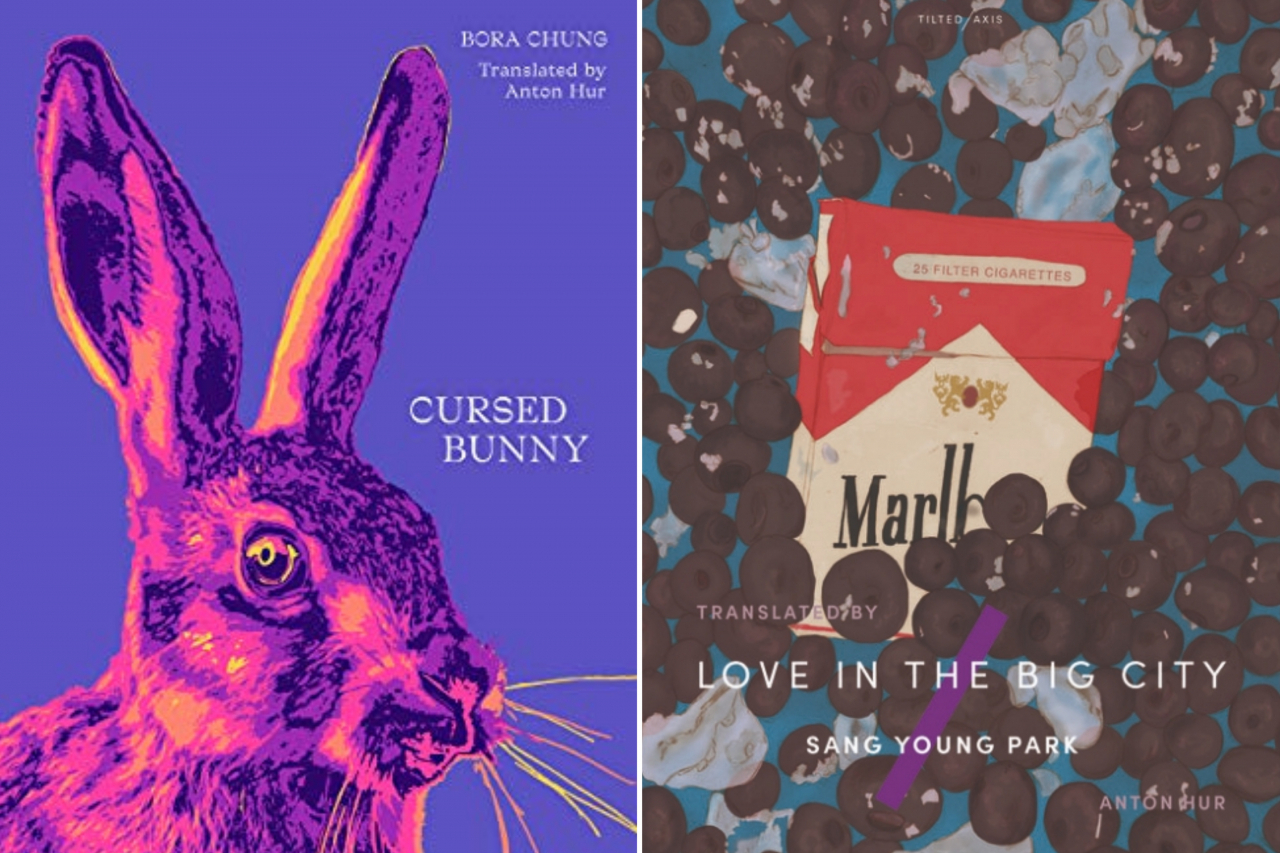 Korean literature has achieved significant recognition on the global stage in 2022.

Translated literary works won or were nominated for prestigious literary awards outside of the country this year, with a total of four awards and nine nominations. They gained recognition in different genres including novels, poetry and graphic novels, according to the Literature Translation Institute of Korea on Wednesday.

Bora Chung’s “Cursed Bunny” and Park Sang-young’s “Love in the Big City” -- both translated by Anton Hur -- were shortlisted and longlisted, respectively, for the International Booker Prize. Following the nominations, the two authors' works are under translation in many languages. Applications for translation support for the two writers' works also doubled from last year, according to LTI Korea.

After Kim Hye-jin's “Concerning My Daughter” was nominated for the Emile Guimet Prize for Asian literature in France, her novel was published in several European countries including Germany, the UK, the Czech Republic and Romania.

In Japan, a Japanese-language version of “Counterattack at Thirty” by bestselling author Sohn Won-pyung won an annual award given by Japanese bookstores in the translated novel category in April. Sohn also received the award in 2020 for “Almond.”

In the Czech Republic, a local translation of the graphic novel “Grass” by Keum Suk Gendry-Kim was named the best translated work at the country’s annual Muriel Award for best comic books. Her other work, “The Waiting,” was nominated for the prestigious Harvey Awards in the best international book category.

More than 150 works in 27 languages were published overseas with the support of the center, LTI Korea said. Works by established writers such as Jeong You-jeong, Kim Young-ha, Han Kang, Kim Ae-ran and Chang Kang-myoung -- as well as relatively new writers in the sci-fi and fantasy genres such as Kim Cho-yeop, Bae Myung-hoon and Lee Mi-ye -- were popular choices for translations, according to LTI Korea.

Also, there was a notable trend of Korean writers’ work being published overseas within one or two years. For example, Lee Mi-ye’s fantasy novel “Dollargut Dream Department Store” (2020) was translated into Russian in 2021; German, Turkish and Vietnamese in 2022.

Overseas publishers that have never published Korean literature are introducing works by Korean writers. The figure increased by 20 percent compared to the previous -- 64 publishers in 2022.