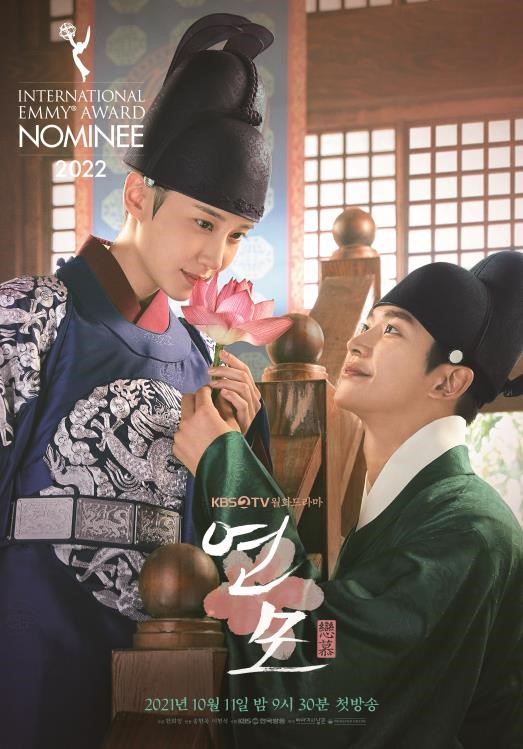 According to the nominations announced by the International Academy of Television Arts & Sciences, the series that aired last year was listed in the category for best telenovela, which recognizes excellence in telenovelas produced and initially aired outside of the US.

“The King’s Affection” was nominated alongside Brazil's “Nos Tempos Do Imperador” ("In Emperor's Time"), Chinese romance drama “You Are My Hero” and Spanish soap opera “Two Lives.”

With prior awards at the Seoul Drama Awards and Korea Broadcasting Prizes last year, the historical romance series has scored both local and international recognition.

“I feel a great sense of responsibility to win a prize at International Emmy Awards, while Korean content is loved by viewers across the globe. I will put my utmost efforts to make sure KBS dramas play a huge role in maintaining the power of Korean content,” a KBS press release quoted Lee Kun-joon, head of the KBS Drama Center, as saying.

“The King’s Affection,” adapted from the popular webtoon “Yeonmo,” revolves around a fictional princess of the Joseon era (1392-1910), who keeps her identity a secret and assumes the throne on behalf of her deceased twin brother.

The 20-part series is available via local streaming service Wavve and Netflix.