Global streaming service Netflix is scheduled to present an uncanny love story of a young Korean couple in its upcoming thriller series “Somebody.”

Exploring the possibilities of making a true friend via dating apps and questioning how open one can be to an anonymous, virtual figure, “Somebody” features different sides of dating apps in South Korea.

“The ways how people meet each other have changed over the course of time. The stories of melodramas have changed a lot after mobile phones were invented. As more human relationships are created in social networks or dating apps, more original stories about these connections will be created,” director Jung Ji-woo said in a press conference at Lotte Cinema Konkuk University in Gwangjin-gu, eastern Seoul, Tuesday.

“Somebody” revolves around a dating app developer Kim Sum (played by Kang Hae-lim) and her journey to meet someone who can truly understand her. The story develops as Kim finally finds who she was looking for.

But that person happens to be a serial killer Seong Yun-o (played by Kim Young-kwang), who lures women via the dating app that Kim has created.

“Somebody” moves focus away from the thrilling chase of the serial killer.

The series emphasizes the psychological state of humans, with desire to communicate and meet a compassionate, empathetic person. 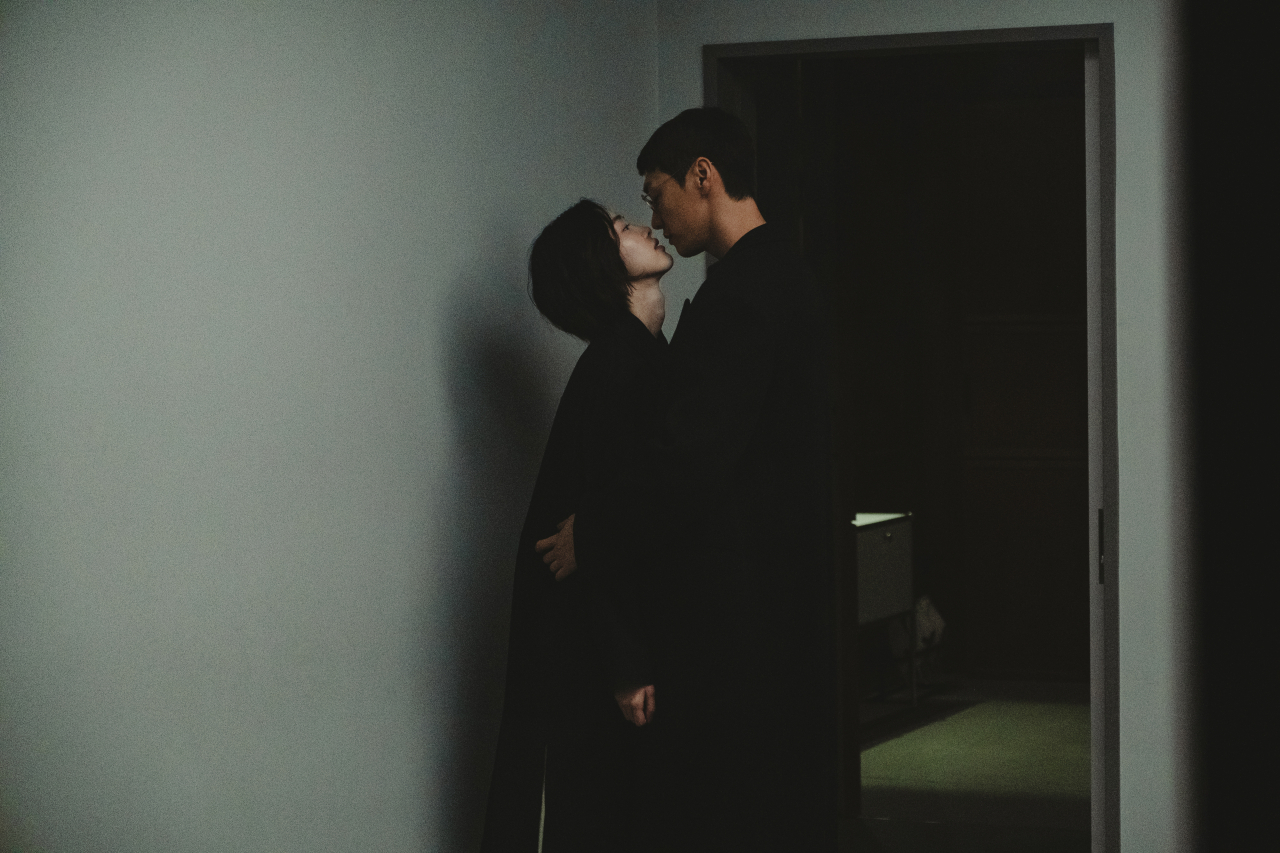 Filmmaker Jung, who is praised for discovering talented rookie actors in his projects, such as Kim Go-eun of “Eungyo” (2012) and Park Hae-jun of “4th Place” (2016), shared the satisfaction of working in a drama series for the first time.

“When shooting a film, it was difficult to spend enough time to learn about each actor and then cast them in a fitting role. So I was thankful to have time to do that here, and work with great rookie actors in our upcoming series,” the director said.

“I also had more space to present what the actors wished to express while playing their characters. The drama series allowed me to deliver a deeper, longer story to the viewers. I am looking forward to shooting a longer series in the near future,” Jung added.

The eight-part thriller “Somebody” will be released Friday on Netflix.