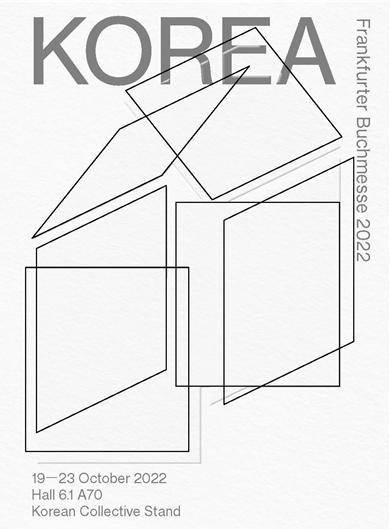 South Korean publishers are returning to the Frankfurt Book Fair with the Korean Pavilion for the first time since 2019.

The Korean Publishers Association will present 24 Korean publishing houses including the Literature Translation Institute of Korea, NE Books and Darakwon at the collective stand that was inspired by the concept of “home.”

“Home was where you separated from others to protect yourself from external risks during the pandemic. This time, we wanted to look at “home” as a place to recharge and reconnect with the world, and we hope all visitors to the Korean Pavilion can deepen their thoughts in a comfortable space,” an official from the Korean Publishers Association said.

Other Korean organizations such as the Publication Industry Promotion Agency of Korea and the Korea Trade-Investment Promotion Agency will be present. KOTRA will feature 11 K-webtoons and merchandise publishers at its booth. KOTRA said it will help traders connect to well-known and established intellectual property holders, such as Lezhin/Kidari Studio, Daewon CI, Kenaz and Dextoons.

The Publication Industry Promotion Agency of Korea will present the Korean Electronics Publishing Hall, which introduces various types of electronic publishing content and technologies in Korea. “Since it is a book exhibition held in earnest after the pandemic, we hope that it will help develop the market for Korea's leading electronic publishing content and technology, as well as book culture exchanges that were lacking during the pandemic," an official at the agency said.

Even though the number of participants is still far less compared to the number from before the pandemic, participation from exhibitors is recovering.

This 74th Frankfurt Book Fair will focus on the topic of translation in its many facets: into other languages, forms of media and contexts – and as a requirement for cross-cultural understanding and communication, according to the organizers.

The guest of honor country this year is Spain, which will introduce its literary and cultural developments and trends. It will also present the current state of its literary and creative industry under the theme of “Creatividad Desbordante,” meaning overflowing creativity in Spanish. King Felipe VI and Queen Letizia of Spain will open the fair.