[Serendipity] Tale of a family 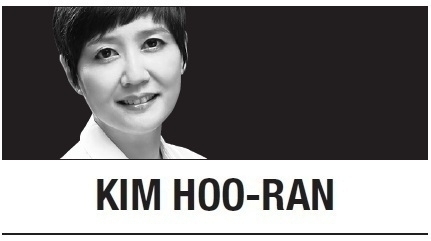 One day, out of nowhere, a son receives a very generous, unexpected bequest from a stranger.

One day, out of nowhere, a daughter receives a very generous, unexpected bequest from a stranger.

The stranger’s will contained no conditions to the bequests.

One day, the father announces that he is taking the bequests from his children. He declares that since the children are part of the family and he is the head of the household, it is within his rights to do as he pleases with what was given to his children. The bequest, in fact, could be taken to have been made to him, he reasons.

The family had held meetings on the issue, but as is usually the case, the most powerful figure in the family, the father, prevailed over the children’s meek protests

In April, the National Museum of Korea received some 21,600 pieces of antique art, books and artifacts from the Lee Kun-hee collection, while the MMCA received 1,488 modern and contemporary artworks.

At the NMK, the new additions accounted for more than 60 percent of all donations received since 1946. The MMCA was just as elated, describing the bequest as a “record-breaking donation” that bolstered its collection to more than 10,000 works-strong.

The sudden windfall, while welcomed, raised many issues, among them the lack of storage space at the MMCA, which promptly jostled for a new facility. Calls came from some quarters for a new museum dedicated exclusively to modern art. Regional cities clamored for a piece of the pie, each citing some special ties to Lee or even his father, Lee Byung-chul, the Samsung founder, who was also an avid art collector.

If the museums were dreaming up lofty plans for the new additions to their collections, they were rudely squashed when the Culture Ministry announced the building of the so-called Lee Kun-hee Donation Hall in July.

The directors of the two museums expressed reluctance to handover the works, arguing that it would be more efficient and to house them and study them in their respective institutions.

Earlier this month, Culture Minister Hwang Hee announced Songhyeon-dong in central Seoul as the site of the so-called Lee Kun-hee Donation Hall. A new name would be found for the proposed institution which is slated to open in 2027, he said.

It was also announced that all of the bequests made by the late Lee would be gathered together at the new institution, which would not only be an exhibition venue but where the collection, in its entirety, would be kept and studied.

The donations would serve as a seed collection which would be expanded over time. The new institution would also hire the necessary specialists to conduct research, he said. In a move to placate the provinces, he also pledged a touring exhibition of the works that would make stops at cities around the country. An international traveling exhibition would also take place, he said.

In making the announcement on the transfer of the collection to the new museum, Hwang claimed that as the two institutions that received the bequests are state institutions, the donations could be construed as having been made to the state.

Yet, if this had been the intention of the Lee family, it begs the question as to why the family went through the motion of making separate donations, not only to the two state museums, but to a number of regional museums as they saw fit.

The Lee family has not commented on the developments regarding the donations, and we are unlikely to ever know what their thoughts are on the issue. After all, the family had its own interests in mind when they made the donations and it would probably be in their best interest to keep mum.

Contacted after Hwang’s announcement, an NMK official‘s response was one of shock, apparently taken by surprise at the news that the works they received would have to be handed over. “It is not in our place to intervene in the matter,” the official later said, “as the donation hall is pushed by the ministry.” An MMCA official merely said that it welcomes another museum in Seoul.

An iconic building to showcase the Lee Kun-hee collection should not be the end of the story. A museum is so much more than an exhibition space and concrete plans must be in place to research its collection, educate the public and grow it as necessary.

The Culture Ministry should persuade the public of the raison d’etre of the proposed museum. Does the body of work received constitute a collection that requires it to be kept together and studied together at a single museum?

“The donation hall will be meaningful when the donated works stay together,” said Kim Young-na, a former director of NMK and head of the committee that made the decision on the site of the new museum.

The question is, “meaningful” in what way?

Kim Hoo-ran is the culture desk editor at The Korea Herald.—Ed.