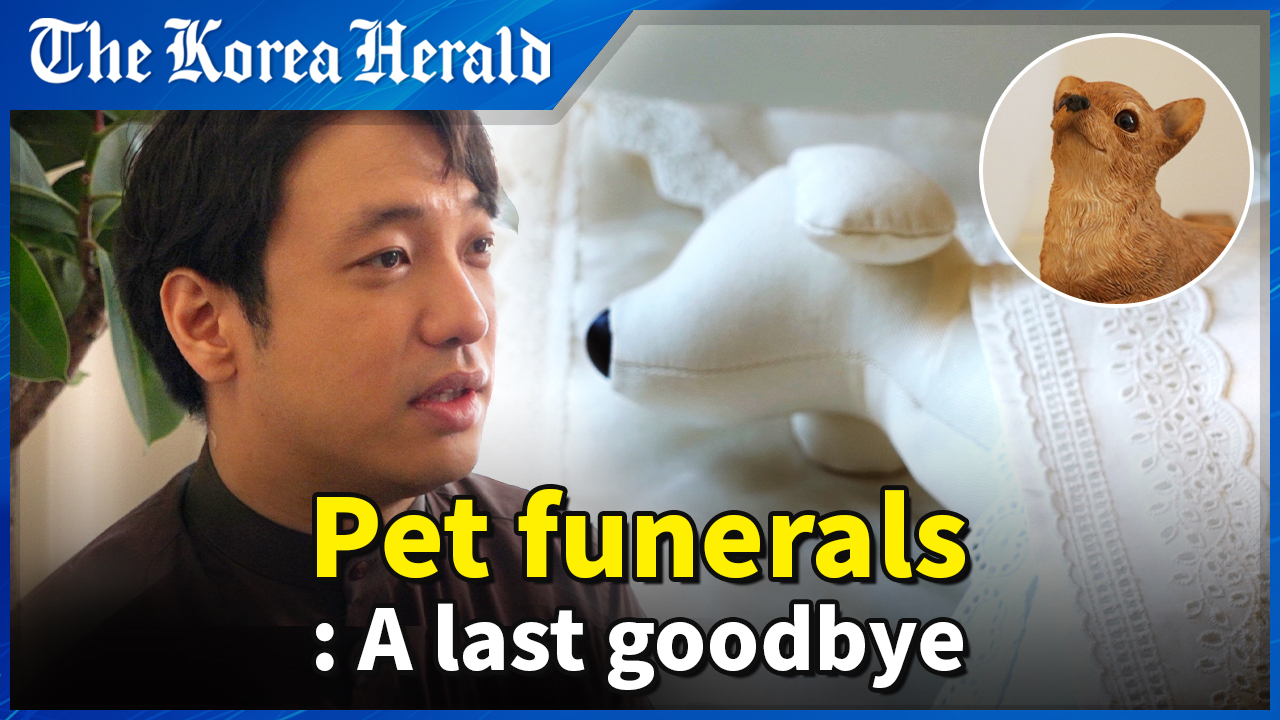 South Korea’s pet scene is steadily growing, with pets in 1 in 4 households, adding up to some 10.5 million companion animals, according to data gathered by the Ministry of Agriculture, Food and Rural Affairs.

In proportion to the growing number, a proper farewell to the animals’ last moments has become part of the culture. Various types of pet funeral homes have been grabbing the attention of pet guardians, with 21gram among them. 21gram manages the funeral process of not only cats and dogs, but also small animals such as hamsters, parrots, hedgehogs and iguanas.

The Korea Herald sat down with pet funeral director Jake Kim, who is also the head of the 21gram center in Gwangju, Gyeonggi Province, to talk about the current and future culture of pet funerals in South Korea.

Kim started his career working at a pet shelter, where his regular duty every morning was to check to see if any pets had passed away over the night. On lucky days, the guardians would come to find their lost ones. However, after two weeks, animals that remained unclaimed by their guardians would become property of the city, and euthanasia would become inevitable at some point.

“Having experiences in animal euthanasia and feeling sorry for the losses, I thought I would be good at this job, so I chose to work in the pet funeral industry,” Kim said.

Under the animal protection law, when an animal is dead, its carcass should be disposed of in a standard plastic waste bag, or it should be sent to an animal hospital, where it will then be taken care of in the same process as medical waste. The third and last option is having a pet funeral, where the animal carcass can be cremated.

Kim said that pet guardians in South Korea are still quite uninformed of these different options, since most do not think of the death of their animal companion beforehand.

“The most frequently asked question among pet guardians is, ‘Can’t we just bury the body?’ The answer is ‘no.’ It’s illegal. But you can bury the remains of pets after cremating, as long as you don’t scatter the ashes into the sea. You can scatter them near mountains or fields.”

In the past, the culture of possessing a part of the pets’ remains within the family’s home has not been established in Korea, but this has gradually become a common trend. “Besides the coffins and urn boxes, a growing number of guardians nowadays frequently order Lucite, keeping them in the format of stones,” Kim said, referring to a process where ashes are reformed into clear pebbles.
Small animal funerals are what differentiates 21gram from other pet funeral homes. Among daily reservations, two to three on average are small animals, such as hamsters, rabbits and parrots. But in the past, there were shortages of coffins and winding sheets that could be exclusively used for small animals, so reservations were frequently canceled.

“On top of the lack of material needs, having an expert who understands small animals and can share both informative and emotional experiences with the guardians was necessary to conduct small animal funerals. 21gram is fortunate to have that person, so we officially launched the very first small pet funeral service in Korea,” Kim told The Korea Herald.
Kim shared his recent experience with a client from France. Unlike other foreign guardians who Kim worked with, the client patiently stayed throughout the whole memorial service.

“On her way out after the ceremony, the client told me, ‘This type of pet funeral culture is not established in France, so we only go through cremation. I’m impressed that in Korea, I could say goodbye to my dear friend in such a decent and formal manner.’ I was very touched by her comments at the time.”

Kim added that he believes the pet funeral culture he is helping make can become a standard in South Korea, hopefully spreading to the global pet community in the future to come.
By Kim Hae-yeon (hykim@heraldcorp.com)