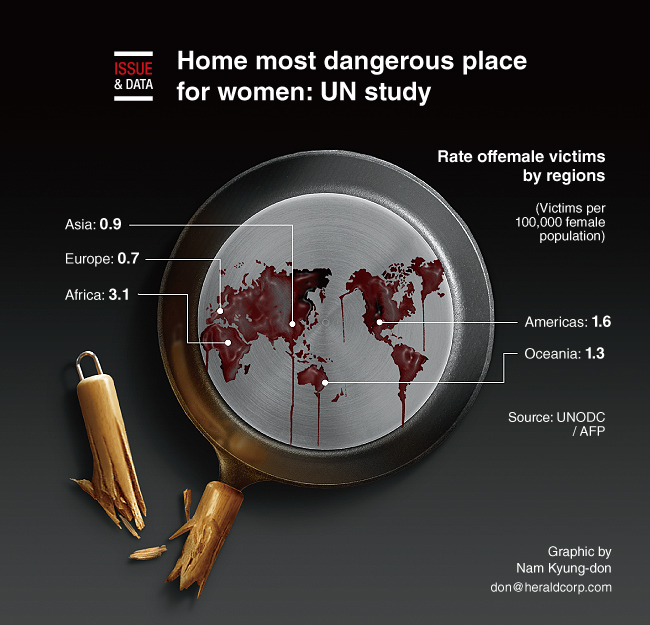 More than half of the women murdered worldwide last year were killed by their partners or family members, making home “the most dangerous place for a woman,” a new UN study said.

In statistics released on the International Day for the Elimination of Violence against Women, the United Nations Office on Drugs and Crime calculated that out of a total of 87,000 female homicide cases worldwide in 2017, some 50,000 - or 58 percent - were committed by the victims’ intimate partners or family members.

Around 30,000, or 34 percent, were committed by intimate partners alone.

The UNODC calculated that the global rate of female homicide victims stood at around 1.3 victims per 100,000 female population.

The study found that Africa and the Americas were the regions where women were most at risk of being killed by intimate partners or family members.