According to a report by the Ministry of Land, Infrastructure and Transport and the Korea Transport Institute, Seoul citizens’ average commuting time as of 2016 stood at 96.4 minutes, the longest among major cities and provinces nationwide. Of this daily average, 41.8 minutes were spent going to work and 54.6 minutes on returning home.

The corresponding figures for the metropolitan city of Incheon and Gyeonggi Province areas also exceeded 90 minutes, reflecting traffic congestion around the capital. The least congested area was South Jeolla Province, where the average commuting time was 28.6 minutes. 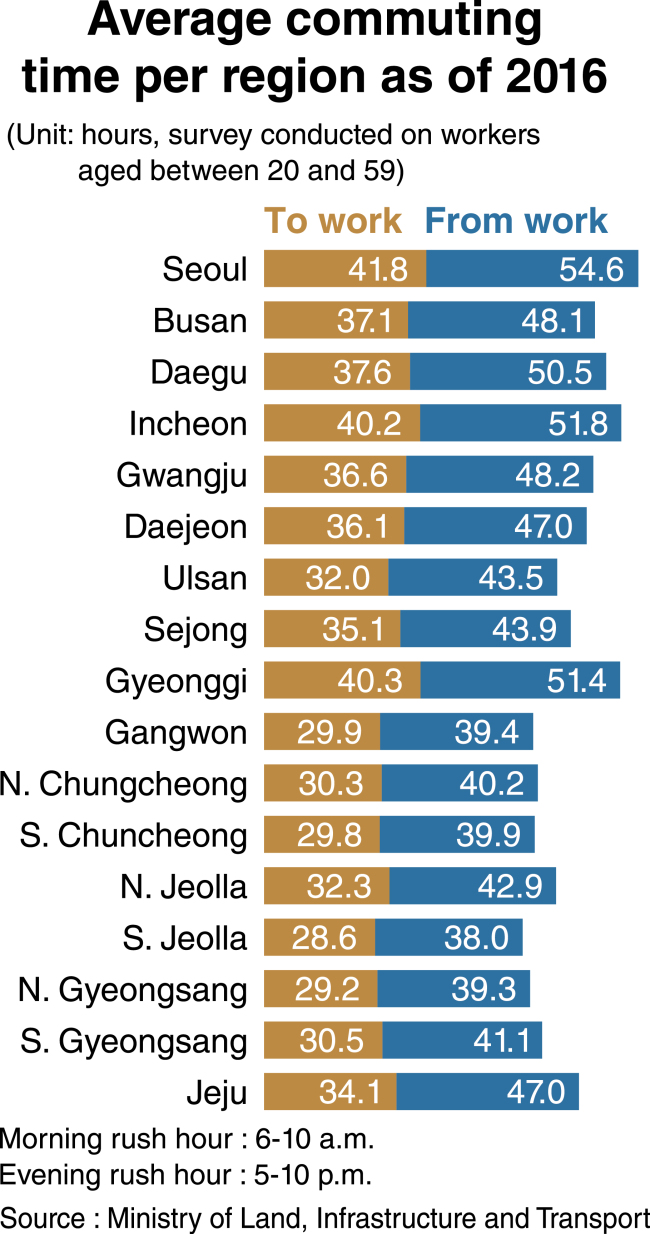 The increase was mostly attributable to the number of cars, which rose 20.5 percent during this period to reach 45.7 million as of the end of 2016. The proportion of solitary drivers also rose from 61.3 percent to 82.5 percent.

Based on the latest analysis, the ministry and KOTI are to hold a seminar on big data-based traffic analysis at the Korea Chamber of Commerce and Industry on Thursday, officials said.