“Samsung is planning to put more focus on the Galaxy S7 by ramping up production of the handset,” said an industry source who wanted to be unnamed, adding that the increased production is to minimize the anticipated profit drop for the rest of the year following the sales suspension of the Note 7. 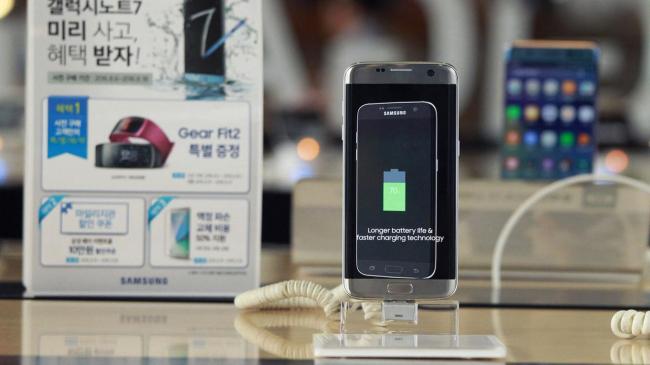 The Note smartphone, first released in 2011, is Samsung’s marquee model for the latter half of each year while the S lineup serves as a cash cow for Samsung’s smartphone business in the first half of a year.

As Samsung’s Note 7 turns out to be one of the largest smartphone debacles in history, the Galaxy S7 has become the last resort for the tech giant, reeling from the ongoing crisis.

Samsung is said to have notified its suppliers for the Galaxy S7 of its plan to increase production.

An official from one of Samsung’s suppliers said, “We (the partner firm) will put more weight on rolling out parts for the Galaxy S7 and other models such as the Galaxy A8.”

The official said the partner company would move on and also try to focus on the project for Samsung’s Galaxy S8, the next flagship smartphone scheduled to be unveiled in February or March next year.

Although rumors have gone viral in recent days that Samsung is preparing to advance the launch date of the S8, Samsung has not made any decision, according to industry sources.

“Samsung has not given any notice whatsoever about the plan to push forward the launch date,” said another official from an electronic module maker which supplies its products to Samsung.

“The rescheduling would be possible only if Samsung ceases production of the Note 7 for good and takes no further measures to salvage the handset,” the official added.

Suppliers of the tech giant, many of whom are listed on Korean stock markets, are trying hard to minimize the negative impact of the Note 7 sales suspension, which led to a decline in their stock price on Oct. 11.

An IR official from a camera lens supplier of Samsung said that “the impact of the sales suspension will be relatively modest compared to other suppliers as we have diversified customers.”

“Having said that, a decrease in profit margin in the fourth quarter due to the sales suspension is inevitable,” the IR official said.