By 박한나
Published : Oct 10, 2016 - 18:06       Updated : Oct 10, 2016 - 18:06
[THE INVESTOR] Doosan Infracore, South Korea’s biggest construction equipment maker, is under the threat of a possible credit downgrade as its unit Doosan Bobcat withdrew its plan for an initial public offering which was aimed at helping cut the parent’s debt.

Local credit rating agencies began monitoring affiliates of Doosan Group in the aftermath of Bobcat’s announcement on Oct. 10 to delay the 2.45 trillion won (US$2.21 billion) IPO by one to three months and trim down the offering size. 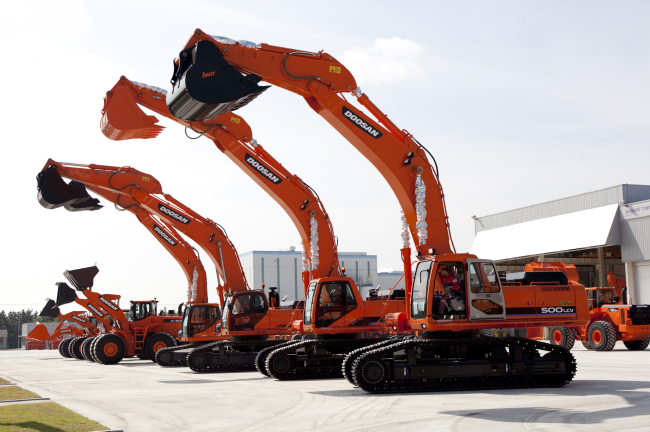 The Seoul-headquartered small-construction equipment maker initially planned to list on the benchmark KOSPI by selling a total of 49 million shares at a price between 41,000 won and 50,000 won apiece on Oct. 21.

“If Doosan Infracore fails to secure liquidity through Bobcat’s offering, not only Doosan Infracore but also the entire group will be adversely affected,” said Lee Kil-ho, a researcher at Korea Investors Service, a local credit rating agency.

Market insiders said that Bobcat’s parent Doosan Infracore, currently rated “BBB”, is not able to pay off its debts totaling 650 billion won set to expire next year on its own.

Previously, rating agencies said they will consider an upgrade if Doosan Infracore gets a cash inflow of 1.1 trillion won through Bobcat’s share sale.

“Doosan Bobcat’s IPO is the standard for possible credit improvement of Doosan Infracore,” an official at another local agency NICE Investors Service.

Stung by the IPO setback, there is a growing possibility of credit adjustment of the group and its affiliates, he added.

The company plans to launch the offering in November at the earliest, or January 2017, after slashing the size of the deal.

During the book building last week, institutional investors showed lower-than-expected interest in Bobcat’s share sale due to high price and large volume of shares being offered.

“There seems to be a significant cut in the number of shares to be sold in the IPO as the current volume failed to meet demand,” a spokesman at Doosan Infracore said.