Skoda Rapid worth waiting for in Korean market 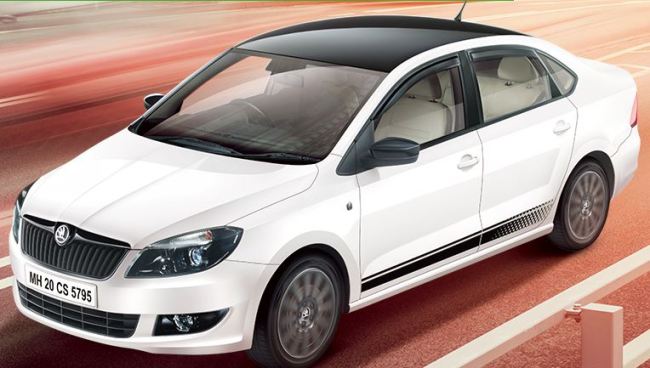 I enjoyed the chance to drive a diesel Skoda Rapid S during my trip to Greece last month.

A worker at Enterprise, a rent-a-car company, recommended this car after learning that I would be driving through the country with my parents. We drove about 1,400 kilometers, from Athens to Corinth, then to Delphi, Kalabaka, Thessaloniki and all the way back to Athens in five days. I wasn’t aware of it at the time, but hadn’t it been for the strong-hearted car, driving through the mountainous country would have been very difficult.

The Rapid S had all the virtues one needed in a compact sedan -- a powerful engine, space and, most important of all, jaw-dropping fuel efficiency.

The pedaling was stable. Even with heavy luggage and three grown-ups aboard, the engine was sound and steady. The accelerator may not appear to be as sensitive as many cars and required a bit more of a push to speed up -- many Greek highways allow speeds of up to 130 kilometers per hour -- but the body was very stable. It was impressively quiet, too: At one point you would forget that it had a diesel engine, which is usually noisier than a gasoline one.

When making a turn in the mountains the brakes and smooth suspension reduced not only the risks of traffic accidents, but also the stress of having to drive along the winding roads both uphill and downhill. The back seat was large enough to seat my father, a well-built man with long legs, and the interior wasn’t particularly pretty or convenient but had everything that was needed.

The most impressive part was the fuel mileage.

So the question emerges: Will it ever hit the Korean market?

Skoda is one of the most popular brands in Europe. It is the largest foreign brand in Germany -- though acquired by German carmaker Volkswagen in 1991, Skoda is classified as a Czech brand there -- followed by Korea’s Hyundai and France’s Renault as of 2014. Having already been proven its quality and commerciality in Germany, the leading automotive market, the cars seem quite competitive in many ways. And it seems quite reasonable that Skoda could land in Korea, one of the fastest growing foreign car markets in the world, in the future.

A publicist for Volkswagen Korea said there were no immediate plans to adopt the brand.

He mentioned the pricing challenge. While Skoda is priced less than $27,700 in the European market, whether it would follow that pricing line is uncertain, he said. If so, that means Skoda would have to face one of the toughest competitors in the world: domestic giants Hyundai and Kia of Hyundai Motor Group.

“Korea is quite unique: Its domestic carmakers account for nearly 70 percent of the market and customers are very loyal to homegrown brands. Hyundai and Kia cars are very well-built and their aftersales service is also good,” he said.

“Hyundai and Kia cars are famous for their spacious interior design and facilitating a lot of good equipment at affordable prices and I am not sure whether Skoda can turn the consumers’ heads,” he said.

But whether or not it comes to Korea, the Skoda Rapid S diesel will remain worth driving, and waiting for, to me.