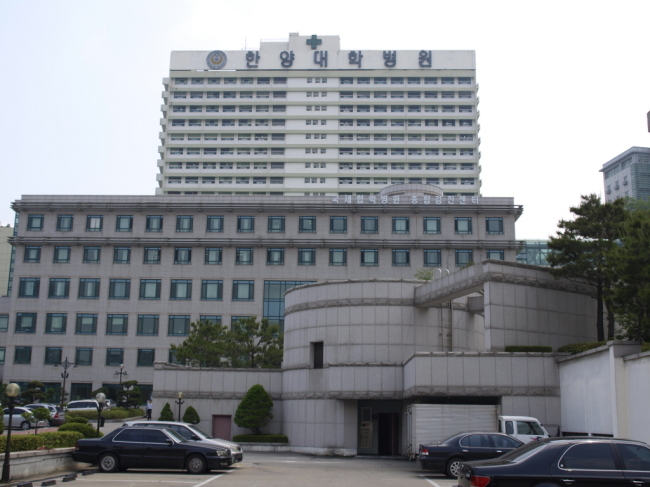 Park Moon-il, the dean of Hanyang University’s College of Medicine, is to be removed from office for allegedly committing academic fraud to aid his son in entering the institution’s graduate school of medicine.

According to the findings of Hanyang University’s audit board, Park listed his son as the lead author of an academic paper while removing the name of an obstetrician who took part in the research. Park is also an author for the paper in question.

Park’s son, who was a student of mechanical engineering at Yonsei University when the paper was published in 2011, was given extra credit for the paper and was accepted into the Hanyang University graduate school in 2012.

However, it was found that the title and the research described in the paper was largely identical to the doctorate thesis submitted by the obstetrician in December 2010 under Park’s tutelage.

The paper concerns factors that affect the heartbeats of fetuses with anencephaly, a condition in which fetuses develop without major portions of the brain.

“Omitting that author’s name and listing Park (Park Moon-il’s son) as the lead author is a serious violation of research ethics by Park Moon-il,” the university said.

The university also plans to bring the issue to the ethics committee’s consideration, and to penalize Park if the committee finds grievous violation of ethics.

In addition, the university will also consider removing Park’s son from the program if it is deemed that the related developments affected his application.

According to the university, Park’s son was accepted into the program in fourth place despite having the third-lowest Medical Education Eligibility Test points among the 55 who were accepted that year, and was aided by his apparent part in the paper.

The developments surrounding Park are also raising questions about the efficiency of the university’s candidate selection process.

Although the school was informed of the father-son relationship between the medical school dean and one of the candidates, the administration failed to recognize the similarities between the younger Park’s paper and that submitted by the obstetrician.