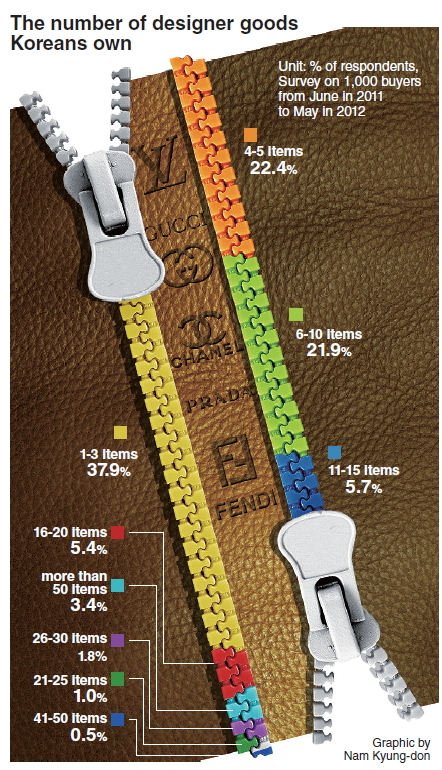 Purchasing luxury goods was nothing unusual for more than 45 percent of Korean customers, a survey showed on Wednesday.

According to the poll conducted by the Korea Consumer Agency, spending on premium designer brands ― such as Hermes, Cartier and Bvlgari ― accounted for 5 percent of household income on average, compared to 4 percent in Japan.

Amid the recent surge in consumption of French and Italian premium brands, Korean adults have an average of 8.81 luxury items in their closet, said the poll, which interviewed 1,000 buyers online.