[Voice] How should small business be supported?

With SMEs increasingly complaining of an unfair trade environment ...

By Korea Herald
Published : Apr 8, 2013 - 20:11       Updated : Apr 8, 2013 - 20:11
“Economic democratization” has summed up the political zeitgeist like no other single phrase. President Park Geun-hye latched on to the concept not long into her presidential campaign and subsequently declared it a priority of her administration.

While vaguely defined, the idea, when applied to the business realm, implies support for small business in an environment dominated by the colossal chaebol.

In a country where a single chaebol, Samsung, generates close to 20 percent of GDP, small and medium business owners have often complained of struggling simply to survive.

In response to this perceived unfairness in the marketplace, a mixture of laws and official “suggestions” have sought to limit the operations of large firms, ranging from designating certain industries off-limits, to forcing big retailers to close their doors on certain days.

Last month, the government announced a set of policies to help grow small and medium enterprises. The Ministry of Trade, Industry and Energy plans to provide half of its research and development funding to SMEs from 2017, and also to triple its “unconditional” R&D funding for SMEs to 170 billion won ($149 million) by the same year.

In a speech to the Korea Federation of Small and Medium Business shortly after her election, Park personally pledged to push for a drastic increase in the fines levied against unfair business practices by large firms and to use smaller firms in more government contracts.
In a country that relies on exports for more than 57 percent of its GDP, it should be no surprise that policymakers also see trade and expansion abroad as crucial to SMEs’ success.

Han Ki-won, commissioner of Invest Korea at the government-affiliated Korea Trade-Investment Promotion Agency, said that forming and strengthening partnerships with firms abroad was extremely important for such businesses.

“This is very important, small and medium companies working together for foreign investors here,” said Han. “And, also, if they have some connection or friendship they can expand a wide range of export possibilities outside Korea.

“The KORUS and EU FTAs are really helping the ground for small and medium companies to access those markets without taxation. So this is one of the reasons, investors, such as Japanese investors … want to find some partner in Korea to make some joint venture to target the European and U.S. market, because they don’t have FTA ratifications amongst those countries.”

Some in the business community, however, are less than optimistic about the current conditions for trade. A sluggish global economy has more recently been coupled with a weak yen, much to the concern of exporters here.

“… Due to the recent weakness in the yen, prospects for the export markets are expected to be dull,” said Oh Hyeong-beom, an official from the Korea Small Business Institute. “To address this issue, not only technology but also management strategies to survive in the harsh competition are needed.”

Oh also identified a delay in the creation of new industries as a problem facing SMEs. Unlike some observers, however, Oh said that the problem for SMEs wasn’t large companies performing too well so much as not well enough.

“Currently, the market for existing industries has already matured, but the creation of new markets is being delayed,” he said. “High profits created by global companies are not being delivered to SMEs, especially to the second and third vendors, because both large companies and SMEs are struggling.”

Perhaps ironically, some of the government supports for SMEs have themselves been blamed for holding back their growth. Afraid of losing various tax and other financial benefits provided exclusively to officially designated small firms, some small business owners have reportedly avoided expanding.

While acknowledging that it was a concern, Han noted that the government also provides numerous supports to firms classified as medium-sized.

The government-run Small and Medium Business Administration recently announced plans to reduce this disincentive to expand by gradually phasing out benefits to recently designated medium-sized businesses rather than stopping them all at once.

While the new government has had no shortage of policy proposals, the results of many will take some time to be seen. While welcoming the general policy direction of the government, Oh lamented that too little was done to actually judge the effectiveness of different initiatives.

Oh said that coordination was needed between departments and agencies to ensure the effectiveness of different measures to support small firms.

“To effectively operate current policies, practical ties between policies should be reinforced, and a general coordination system should be implemented to promote smooth coordination among departments.

“As part of efforts, the prime minister is building up a general coordination system of policies, but practical authority including budget adjustment, furthermore, pre-adjustment functions should be bolstered to effectively utilize the supported budget.”

The government should require full-spectrum small business management classes for any person or group who wants loans to start a business. I shop at small businesses frequently and the level of quality and planning is all over the map. Maybe you can get away with two cell phone shops per block on a busy street, but not four or six! Do we really need three pizza restaurants on one street in one small neighborhood? How are they staying in business? Loan shark money?

I get to like a shop, then two months later three of the same shop opens up and 12 months later, two are out of business and the best one is barely hanging on.

Who in their right mind puts a Starbucks across from another Starbucks?

The concept of “streets” (i.e. Tool Street, Towel Street) should be checked into to see if they are profitable or not as well.

I am not nervous about the military tension, but I am nervous about the economic situation following that tension. Foreign investment may decrease for a while and that’s not good for our economy. I think that North Korea is bluffing, that this tension is a diplomatic gesture to get something.

Multiculturalism in Australia, the U.K., France, Germany, and anywhere else that has tried it is an abject failure. The minute you embrace multiculturalism you abandon your own culture ... and some other culture will step in to fill the void. In Australia it is the culture of Islam, and we will rue the day that we gave them the keys.

Multiculturalism is the keystone of democracy, and its sternest test. The forces of tyranny have tried to stamp out ethnic minorities throughout history. Enlightened people resist the urge to resist and accept inevitable demographic change and the rule of the people, whoever they may be.

It’s not the issue of attempting to spell our names in Korean. That our ARC numbers aren’t identified as real, that there’s inevitably some error that’s only explained in Korean, and that few registration processes are set up for anyone but Koreans that make it all but impossible to join. Add to that the ActiveX requirement, the “security programs” that didn’t seem to stop the recent cyber hack-attack, and so on.

By contrast, Thailand has websites that get around those issues and help anyone get started in minutes. The best pizza in Thailand, for example ― a five-minute order online, and it gets delivered to your door.

I just buy online and pay for shipping from outside of the country ... what the hassle tells me is that Korean companies are not interested in non-Korean customers or our money. That is a perfectly valid business decision and I respect it. I am sure it would cost money to pay for an English option. There are plenty of companies everywhere else in the world who make a different business decision. I choose to use my money where my business is valued.

Yes, everything is only in Korean, even “foreigner-friendly” sites. It’s like they don’t want our business. 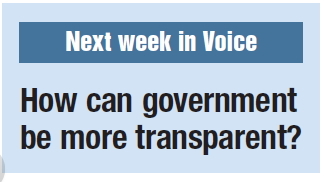