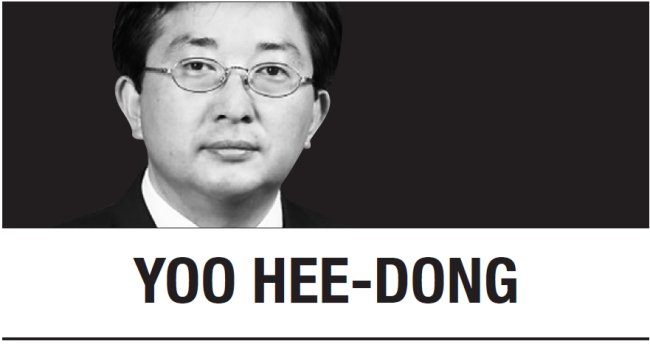 Despite such through preparation, however, weather forecasting for the actual Olympics was like a walk on thin ice every day because Gangwon province, where outdoor competitions were held, is the most difficult region to forecast in Korea. Furthermore, the Olympic Stadium was a thorn in the side of forecasters that kept them on their toes. I am sure there were no other people who had been so worried and concerned about the weather for the opening and closing ceremonies of the Olympics, which were held in an open-air stadium during this brutally cold winter season.

A rehearsal was held at the stadium six days before the opening ceremony of the Olympics. At the time, the wind chill dropped to minus 21 degrees and an advance group of the forecasting team at the stadium even said that it was too cold to stay outside for more than an hour. Foreign media outlets also continuously raised concerns about severe cold weather in PyeongChang, even reported that the key to success of the Games depended on the weather, not North Korea. Before issuing a weather forecast for Feb. 9, the day of the opening ceremony, our forecasters could not help but feel terribly anxious.

Fortunately, however, the opening ceremony went smoothly, not in the frigid cold weather as our forecasters expected. But another issue was waiting for the team ― the forecast for the closing ceremony on Feb. 25. A week before the closing ceremony, the world’s best numerical weather prediction model predicted a heavy rainfall for the day, which can hugely affect the ceremony. External experts noted repeatedly that the KMA had the nerve not to forecast snow for Feb. 25. Nevertheless, we trusted our analysis and forecast, and consequently the closing ceremony for the PyeongChang Olympic Games proceeded smoothly without snow.

During the Winter Olympics and Paralympics, since schedules for all competitions and TV broadcast need to adjusted according to forecasts of wind, snow, and rain, the forecasters had to take a great and heavy responsibility for the forecasts. There were countless painful moments when we had to make a final judgment about our weather predictions that inevitably had uncertainties. But we overcame these moments one step at a time based on the techniques and skills we have been developing hard so far.

Finally, at the closing ceremony of the Paralympics, there was some light rain, but not as much as it could affect the ceremony just as our forecasters predicted. This brought us to a successful conclusion of the 40-day weather forecasting for the world‘s biggest festival of winter sports in PyeongChang.

No matter how accurate our forecasts were, rarely does the KMA receive compliments on its weather forecasts. But this was not the case for the PyeongChang Olympic and Paralympic Games. The KMA received a lot of compliments from different people and communities that our weather forecast support was of great help to the Olympics. The PyeongChang Olympic Committee strongly recommended the KMA’s weather forecast support as a good model for the next Winter Olympic Games in Beijing in 2022. The KMA plans to offer our full support and know-how for Beijing.

There were a lot of unsung heroes behind the success of weather services for the Olympics ― Olympic weather forecasters, forecasters at the KMA headquarters and Gangwon Regional Office of Meteorology, people who were a bundle of nerves and agonized over making decisions about weather forecast every day, and staff of the forecast analytics team who made huge efforts to analyze forecasts by working even on weekends and holidays. There were also members of all regional offices and weather stations who willingly took over daily duties of their co-workers while 20 percent of all forecasters were working in PyeongChang, staff who provided assistance in installing and maintaining observation devices, and members of the numerical weather prediction team who developed guidance for weather forecasts. Last but not least, 30 young volunteers busily walked through the snow throughout the Olympics to measure snow surface temperature to provide information about weather conditions. All of them were the unsung heroes who made a concerted effort to offer successful weather services for the Olympics.

We have learned two lessons while supporting weather forecasting and services for the Olympics. First, if you are thoroughly prepared and do your best work, your efforts will pay off in the end. Second, it was a very valuable learning experience that gave us confidence that our weather forecasting can be upgraded one step further.