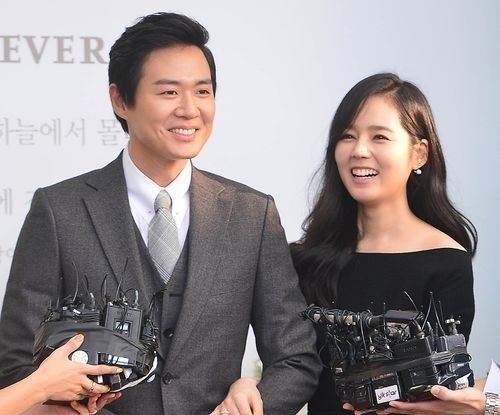 Actress Han Ga-in, 32, and her husband, actor Yeon Jung-hoon, 36, are expecting their first child after 9 years of marriage.

“Han Ga-in is currently pregnant. Yeon is very happy, because it’s their first child after years of marriage,” Han’s agency BH Entertainment said in a statment on Monday. “However, as the nation is in grief over the ferry disaster, the couple notified only their families and relatives of the pregnancy.”

According to the agency, “Han will be focusing on prenatal care for the time being.”

Han and Yeon started dating when they starred in the 2003 KBS 1TV drama “Yellow Handkerchief,” and married two years later.