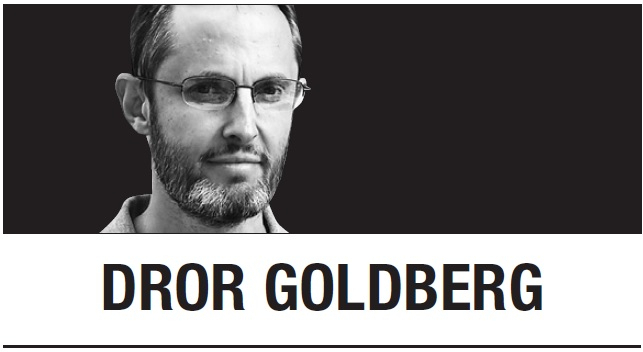 The transition of Croatia into the euro currency zone these days can teach us a lot about bitcoin in the US. According to the ideology of bitcoinism, the citizens of Croatia are making a huge mistake in obeying this transition and abandoning their legacy currency, the kuna. According to bitcoinism, the kuna will become ideal money for the people of Croatia because the government of Croatia decided to kill it. If that seems strange, then you haven’t spent enough time in the upside-down world of bitcoin enthusiasts. Let me explain.

There are about 3 billion physical kuna -- notes and coins -- in the hands of Croatians. That number will never increase. Everyone agrees that the kuna can never again suffer from inflation. That’s because the kuna has become obsolete and nobody will use it; it cannot experience inflation any more than Confederate dollars in the US can. But the logic of bitcoinism says the kuna’s finite supply should make it a superb living currency. That’s what we are constantly told about bitcoin: Its programmable upper bound of 21 million units guarantees it will never suffer from inflation. Even better, while the amount of bitcoin is still growing, here we already have a currency that has just experienced full stop in its quantity. What a bargain.

Moreover, the kuna is already a functioning currency in the economic network that is the Croatian economy. Bitcoiners presented with the problem that bitcoin has no intrinsic value like gold or the medieval marten furs for which the kuna is named respond by saying that the network itself is the intrinsic value. Well, the kuna already has a full-fledged 28-year-old nationwide network, one that as of 2022 bitcoiners can only dream of.

For now, bitcoinism is an amateurish mix of intellectual arrogance; misunderstanding of basic economics (not every asset is money); postmodernism (“gold is no more intrinsically valuable than bitcoin”); a new religion under its prophet, MicroStrategy’s Michael Saylor; and a very volatile bubble. That is not a promising path forward.

Combating the worldwide revival of inflation requires a better understanding of the history, theory and constitution of legal tender money to devise better institutional ways of taming that easily inflatable monster.

The logic of bitcoinism -- paying attention only to finite supply and a network -- implies that all of us should hoard the kuna before the government of Croatia destroys all its physical units. And yet, there is no sign that this is happening. Other than a few currency collectors, Croatians are converting their kuna cash to euro cash, and the rest of us don’t care even one bit.

Croatians are doing that because of common sense. If your government is coordinating a transition of the entire economy to another currency, you had better play along. Even if you are a nationalist or an anti-euro economist, you had better play along because of that pesky issue of legal tender. The kuna will no longer be legal tender in Croatia; only the euro will be. The Croatian tax authority will refuse any kuna cash or any check drawn on a bank with kuna accounts. Only euro cash and financial instruments drawn on euro bank accounts will be Croatian taxpayers’ stay-out-of-jail cards.

In fact, bitcoinism implies that every currency transition in history was a mistake. Imagine a surrendering Confederate soldier in 1865, looking with despair at his dusty Confederate paper money. Before discarding it, a bitcoiner from the future shows up and tells him, “Keep that currency! It is going to be a better money than the US dollar -- which will surely be inflated -- thanks to your loss in the war.” It is probably the case that as a collectible, Confederate paper money has indeed kept its value better than the US dollar. But the Confederate dollar did lose its function as money in 1865. Bitcoin’s finite quantity is not sufficient to make it a currency. Given its lack of intrinsic value, this finiteness only makes it a collectible item like Confederate notes and baseball cards. Indeed, most bitcoin units change hands only every few months.

Money is a social phenomenon of coordination among many individuals, and as such, its fate ultimately depends on what real people actually do. But history and governments and laws have a strong influence on such coordination phenomena, which is why much of humanity uses the English language as a first or second language, but very few use the more convenient Esperanto. Ignoring legal tender laws, especially in the welfare state with its high taxes and expenditures, will not help the bitcoin project.

Dror Goldberg is an economics professor in Israel. He is the author of “Easy Money: American Puritans and the Invention of Modern Currency,” which will be published by the University of Chicago Press in April. He wrote this for the Chicago Tribune. -- Ed.