[Eduardo Porter] First the US, then Brazil. Where next? 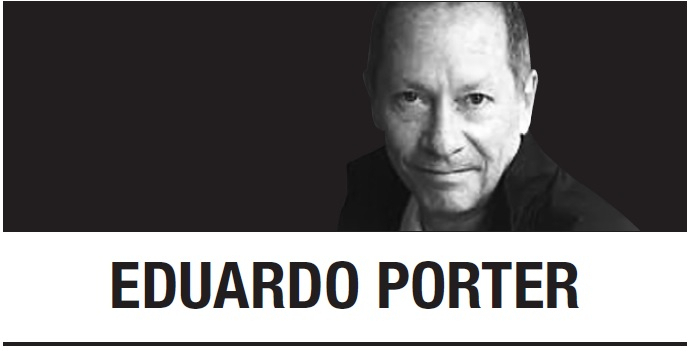 There is something pathetic about the gangs of crazed supporters of former President Jair Bolsonaro that stormed Brazil’s congressional building, presidential offices and Supreme Court on Sunday. Congress was not even in session. The mutineers were late: President Luiz Inacio Lula da Silva had been inaugurated a week before.

He wasn’t even in the capital on the day, but in Sao Paulo, 1,000 kilometers. away. If they hoped to topple democracy and prevent the peaceful transfer of power, the insurrectionists might have organized their insurrection on a day that democracy was at home. The editorial pages in Folha de Sao Paulo, the main daily in Brazil’s economic hub, called the rebels, simply, “a handful of idiots.”

Despite the wanton pointlessness of the insurrection, the outburst of violence to overturn a settled election represents a real, ongoing threat not only in Brazil. The popularity of street revolts as a tool to undo democratic rule presents a worrying challenge across the Americas, where support for democracy is at its lowest ebb in decades.

Two years after Donald Trump invited insurrectionists to storm Congress to prevent Joe Biden from assuming the presidency, the spread of the tactic raises a question for the US, too: Can the self-described champion of democracy help quell the antidemocratic violence its example helped unleash upon the world?

For the moment, Brazilians can exhale. The storming of the Praca dos Tres Poderes was extinguished by the police after a few hours. Lula put the capital under jurisdiction of the federal security forces and the Supreme Court suspended the governor of the Federal District, a Bolsonaro ally, while an investigation takes place into evidence that the district police simply let the rebellion happen, even escorting protesters toward the congressional building.

Pro-Bolsonaro protesters have closed highways in several states, as they did following his loss in the election last year. Some tried to block oil refineries. But the police are pushing back forcefully. Critically, the armed forces have not joined in the rebels’ efforts. Indeed, they are helping to dismantle the encampments that protesters had established in military compounds in the capital and other cities.

Some commentators have suggested that the attempted putsch will ultimately strengthen Lula’s hand, weakening popular support for a far right that has shown its hand as violent and undemocratic.

This interpretation seems overoptimistic, however. Bolsonaro was elected even after he had celebrated the torture and death of his political enemies. By some counts, Brazil is even more polarized than the US. Lula beat Bolsonaro by fewer than 2 percentage points. Biden beat Trump by almost 5. If the American experience serves as precedent, it will be extremely difficult for Lula to overcome the extreme polarization cleaving the Brazilian electorate in two and to bring the other half on board.

The insurrection in Brazil occurs amid political malaise coursing through its neighborhood. Peru is still convulsed following Congress’ removal of president Pedro Castillo from power. Chile’s leftist president Gabriel Boric, who only defeated the right-winger Jose Antonio Kast after losing narrowly to him in the first round of voting, has yet to find his footing and is suffering a sharp decline in popularity.

Protests have spread across Santa Cruz in Bolivia after President Luis Arce ordered the jailing of governor and political rival Luis Camacho. In Argentina, Vice President (and former president) Cristina Fernandez de Kirchner dropped out of the 2023 presidential election after being condemned for corruption. In Mexico, the opposition only barely managed to block President Andres Manuel Lopez Obrador’s attempt to dismantle the authority overseeing Mexican elections.

As the pan-regional polling consortium Latinobarometro pointed out in a 2021 study, popular support for democracy across Latin America is at its lowest ebb in at least a quarter century. In 2020 only 40 percent of Brazilians agreed that democracy was preferable to other forms of government, down from 55 percent in 2010. Given persistent inequality, dim economic prospects and a deep-seated mistrust in a political class that has proven itself corrupt and indifferent, these trends will be hard to reverse.

Perhaps Lula’s most urgent task, in the wake of the insurrection in Brasilia, is to identify and bring to justice not just the direct participants in the revolt on Sunday but move up the chain of culpability as far as it will go. He must tread carefully, understanding he governs a nation divided. But he must not give violence a pass.

He could use some help from abroad. The quick response of leaders around the world condemning the attempted putsch was vital to shoot down any illusion the rebels may have held that their crazed effort carried any sort of legitimacy. But more must be done.

The United States carries a particularly heavy responsibility for what happened in Brasilia on Sunday. It not only added Jan. 6-style political violence to the world’s antidemocratic toolbox. Congressman Eduardo Bolsonaro, the president’s son, was hosted by Trump at Mar-a-Lago. He has also chatted strategy with Stephen Bannon and lunched with Jason Miller.

The American armed forces might leverage their deep links to Brazil’s military to let them know coups are not OK. Washington should honor any extradition request for Brazilian insurrectionists in the United States. It should not offer safe haven to the former president, now holed up in Florida.

The United States was directly involved in fueling Brazil’s anti-democratic flame. It has a responsibility to help extinguish the fire before it does more damage to Brazil’s democracy.