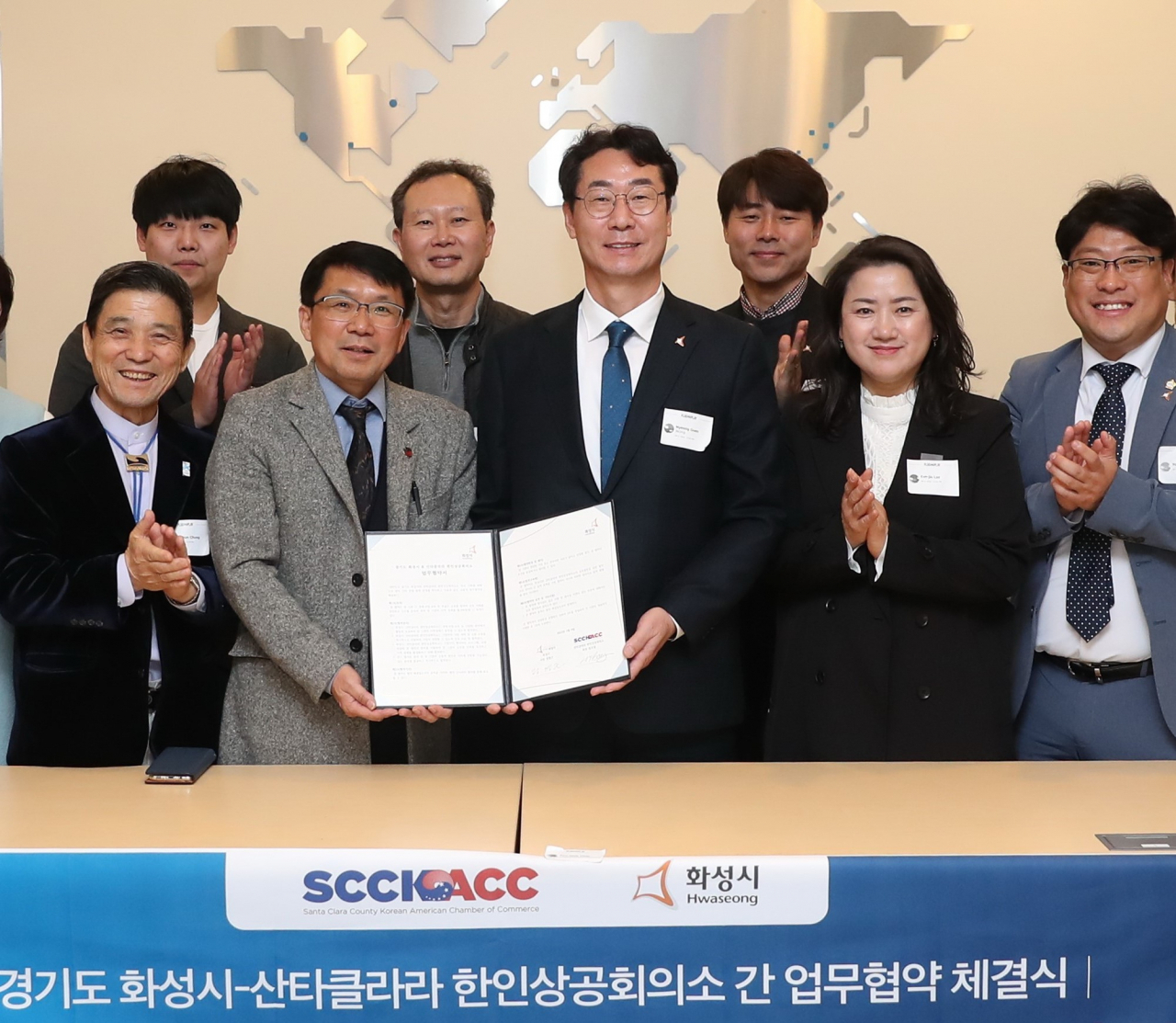 Under the agreement, the two sides will hold a technology seminar and expo in the US as well as develop a network of companies and an entrepreneur leadership program.

The agreement took place during Mayor Jeong’s visit to the Californian city. With Santa Clara County Korean American Chamber of Commerce Chairman Bang Ho-yeol, he visited Plug and Play Tech Center, an accelerator which nurtured global innovative companies like Paypal and Dropbox, according to the mayor’s office.

“I will support startups in (Hwaseong City) wanting to make inroads into global markets,” the mayor said. “I expect to have active exchanges in the fields of economy, industry and education through the agreement.”