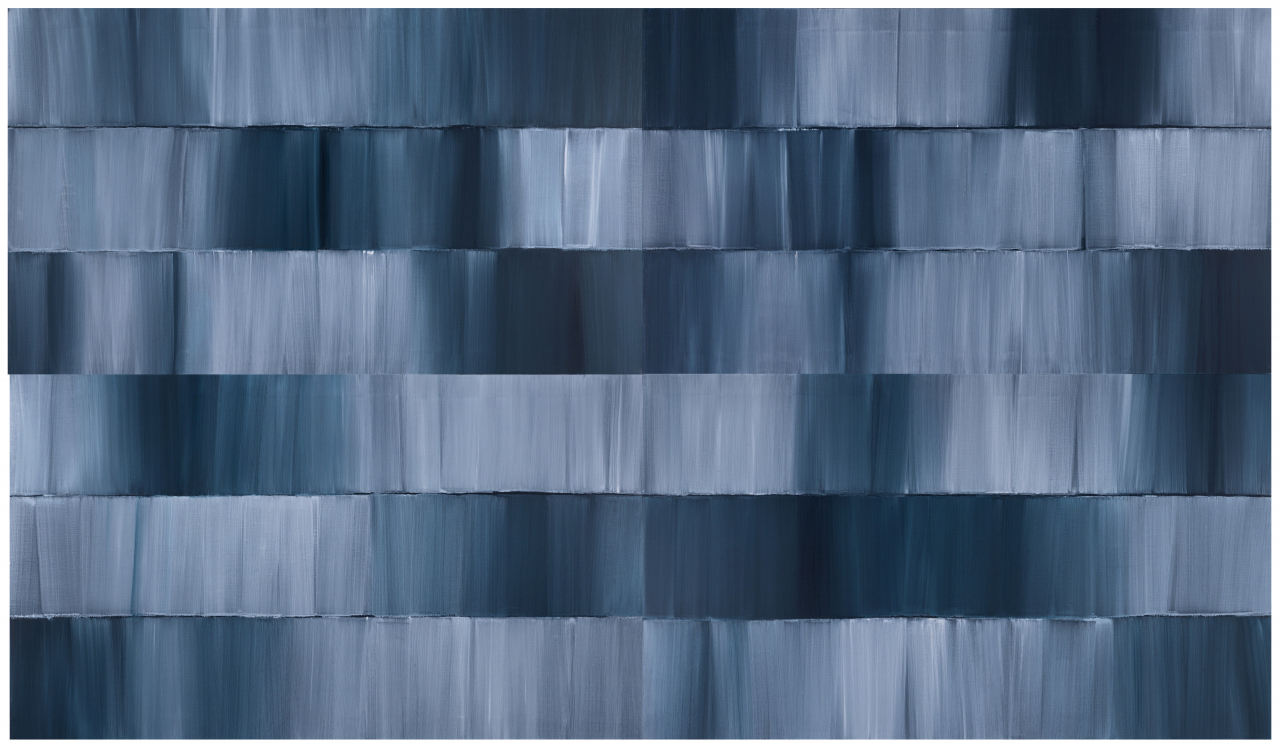 "The Presentation" by Shim Moon-seup (Courtesy of the artist, Perrotin Gallery)

Perrotin Gallery will present paintings by Korean artist Shim Moon-seup in Hong Kong for the first time in December, as part of efforts to introduce more Korean artists in the global art scene, the contemporary art gallery said.

“Perrotin Gallery was the first gallery that introduced Korean contemporary artist Park Seo-bo and Chung Chang-sup in Europe in 2014 and 2015. We will continue presenting Korean artists overseas as a global gallery,” Perrotin said recently.

Shim’s solo exhibition in the gallery’s Hong Kong venue will be from Dec. 17 to Jan. 28 and show his paintings and drawings that were inspired from his hometown, Tongyeong, a coastal city in South Gyeongsang Province. The repeated brushstrokes on canvas remind of endless waves in the sea, seemingly creating a rhythm.

The gallery also represents Korean artist Lee Bae whose solo show “Souffle d’Encre” is taking place at Perrotin Shanghai throughout Dec. 17. The artworks comprise the artist’s recent large drawings from the Brushstroke series that feature charcoal, along with three sculptures that may signal the artist’s future artistic practice.

“Without enough budget to buy paint, Lee Bae came upon a sack of barbecue charcoal and did some experiments by painting with charcoal on paper. Little did he know that this undertaking would prompt him to turn to charcoal drawing as his main medium and initiate a variety of artistic adventures,” read an essay written by the curator and art critic Fei Dawei on the exhibition.

Founded by Emmanuel Perrotin in 1990 in Paris, Perrotin currently runs galleries in seven cities including the Dubai gallery that newly opened in November. As the first international gallery in Seoul, it launched the second venue in the capital, Perrotin Dosan Park, in southern Seoul in August, following the first in northern Seoul in 2016.

The gallery’s other venue is showing the solo show “A Canker in the Leaf” by American artist Matthew Ronay. Running through Jan. 14, the exhibition features seven new sculptures from the artist.