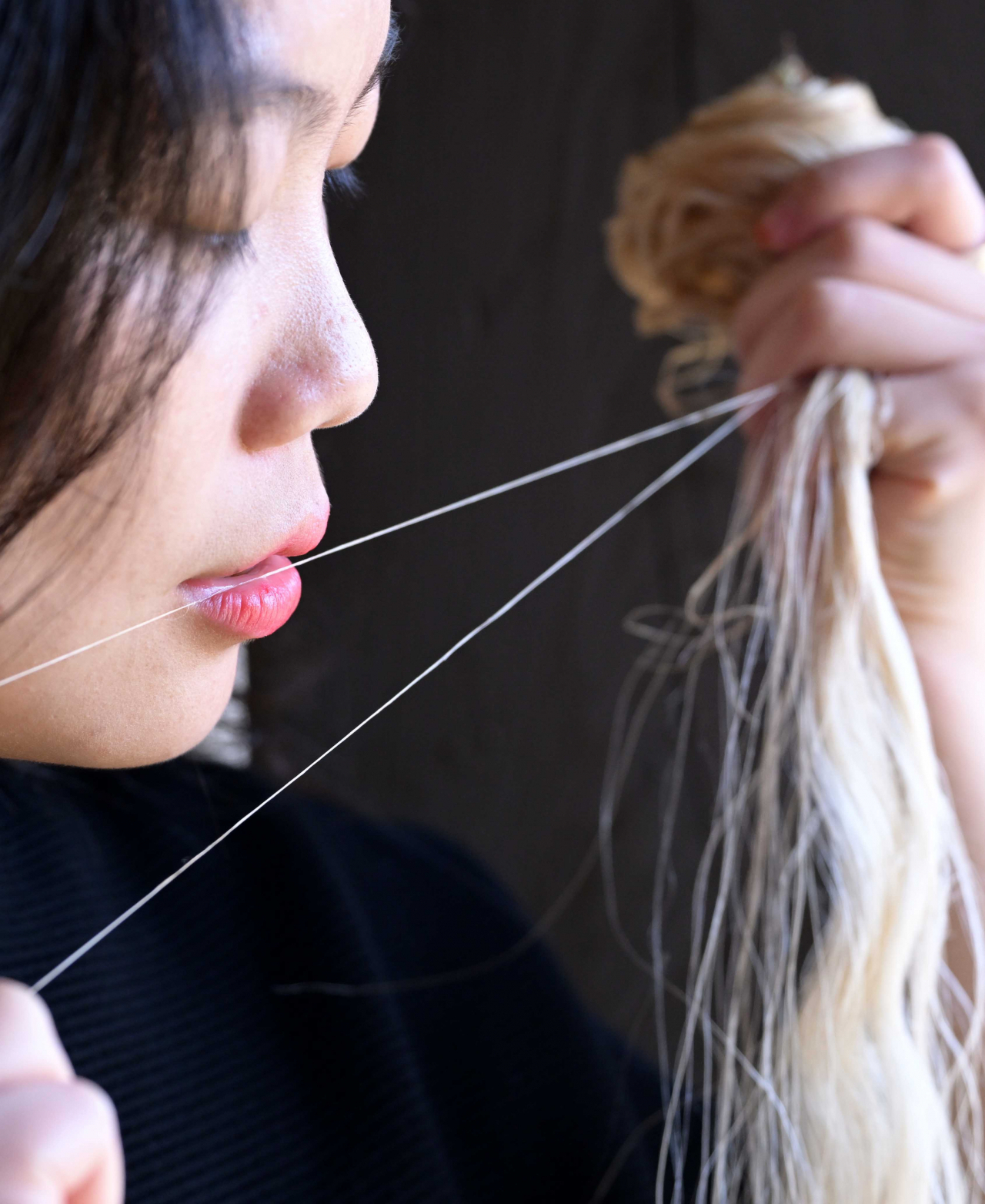 “The process attracts me more than the results,” says Kim Na-yeon a spinner and weaver of Hansan ramie fabric, which is made from the plant ramie, used to make traditional summer costumes.

Ramie fabric from Hansan, South Chungcheong Province, has a long tradition that goes hundreds of years, and its production process was designated as a cultural heritage by UNESCO in 2011. 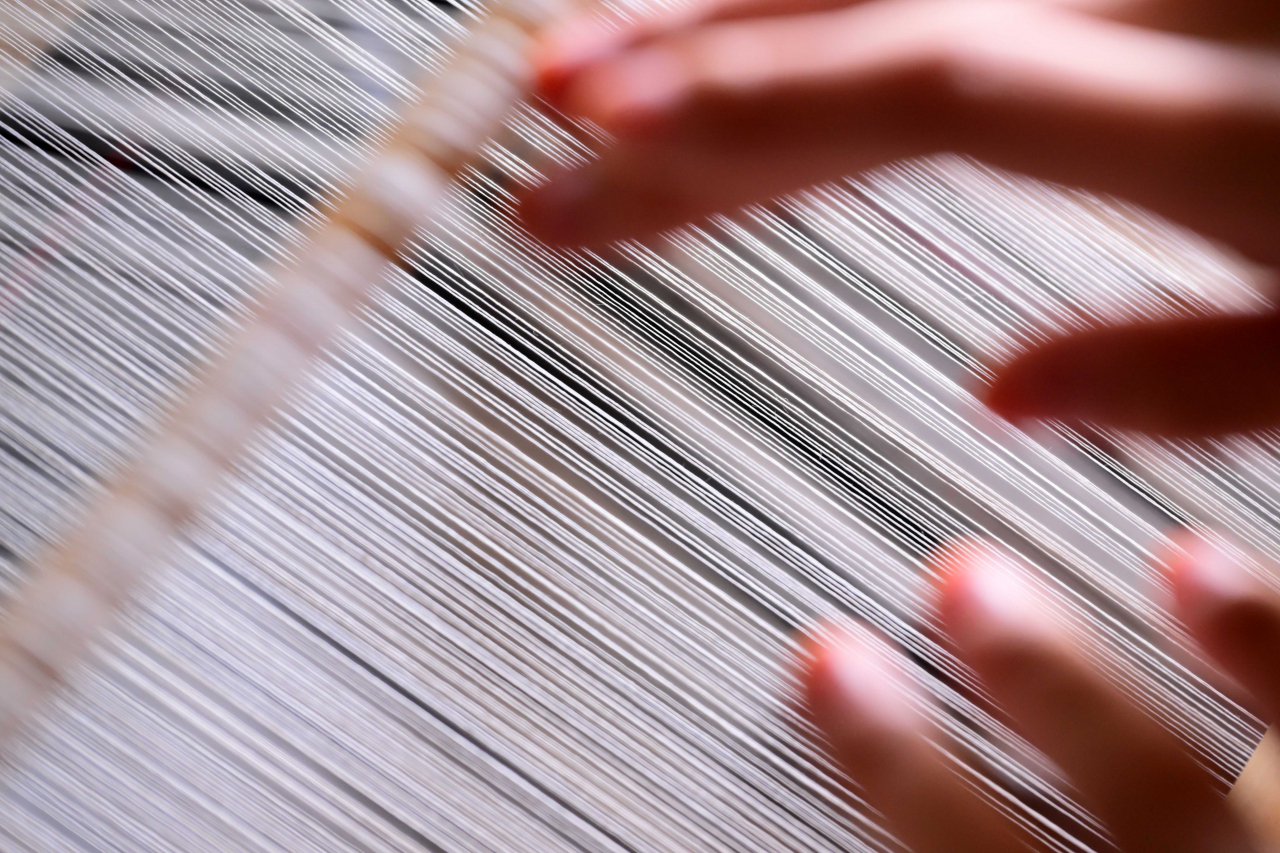 The making process of Hansan ramie fabric starts with making strings with parts of ramie stems to weaving them into cloth.

Spinning ramie thread is a strenuous process that starts by removing fibers from the inner layer of the stem, which is then dried and torn, and spun into thread.

“If the threads are not perfectly thickened, the weaving process becomes very difficult,” stresses the 25-year-old craftsperson, showing how to do string thickening. 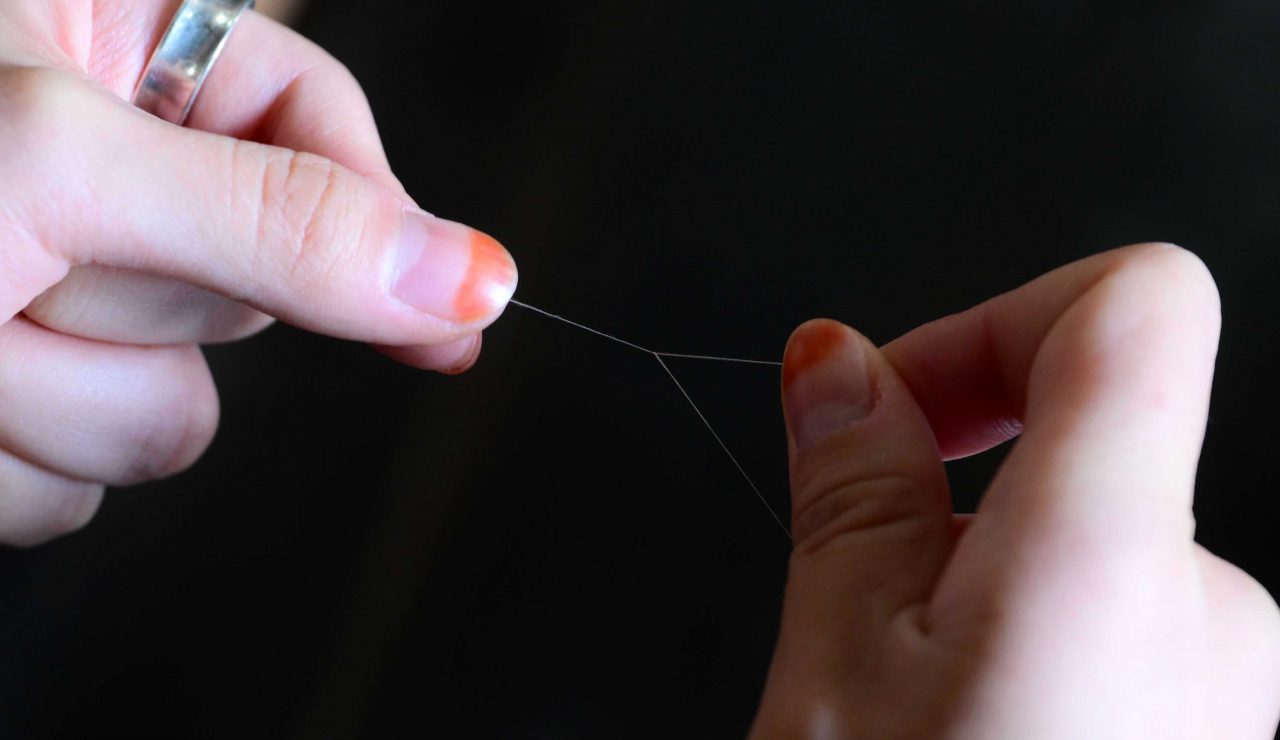 “After a lot of training on string thickening, I made it a habit. My left-hand rubs strings while my right-hand combs them, without any idea about how much glue I should take or when I should comb,” she smilingly said.

Despite her love of the traditional making process of the fabric, she also talks about the need to introduce a new way of making for the survival of Hansan ramie fabric in the future. 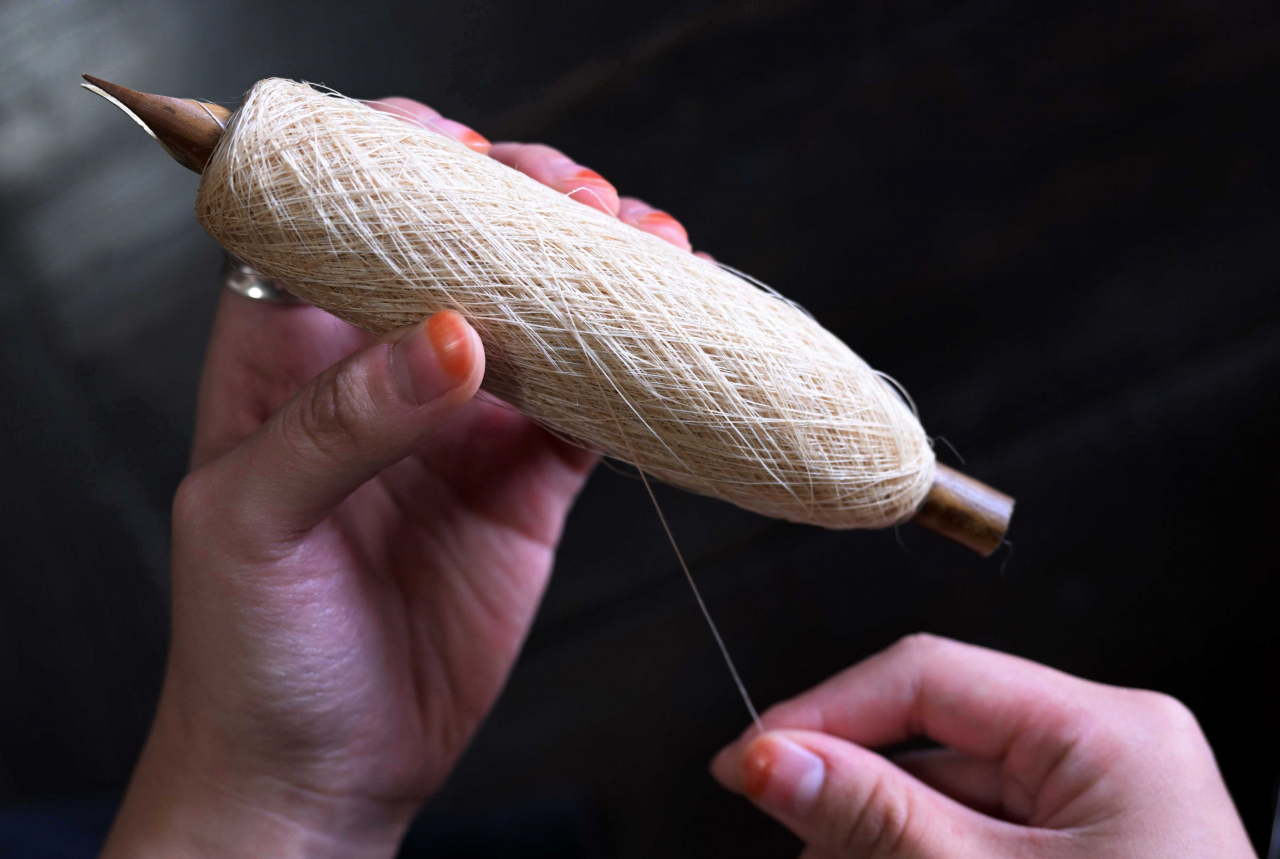 “Old masters are now putting in a lot of effort to keep the existence of Hansan ramie fabrics. While we have been taught preserving techniques from them, younger workers should also focus on continuing and developing the tradition with new ideas,” she added, referring to her hope of getting more people to enjoy the traditional craft. 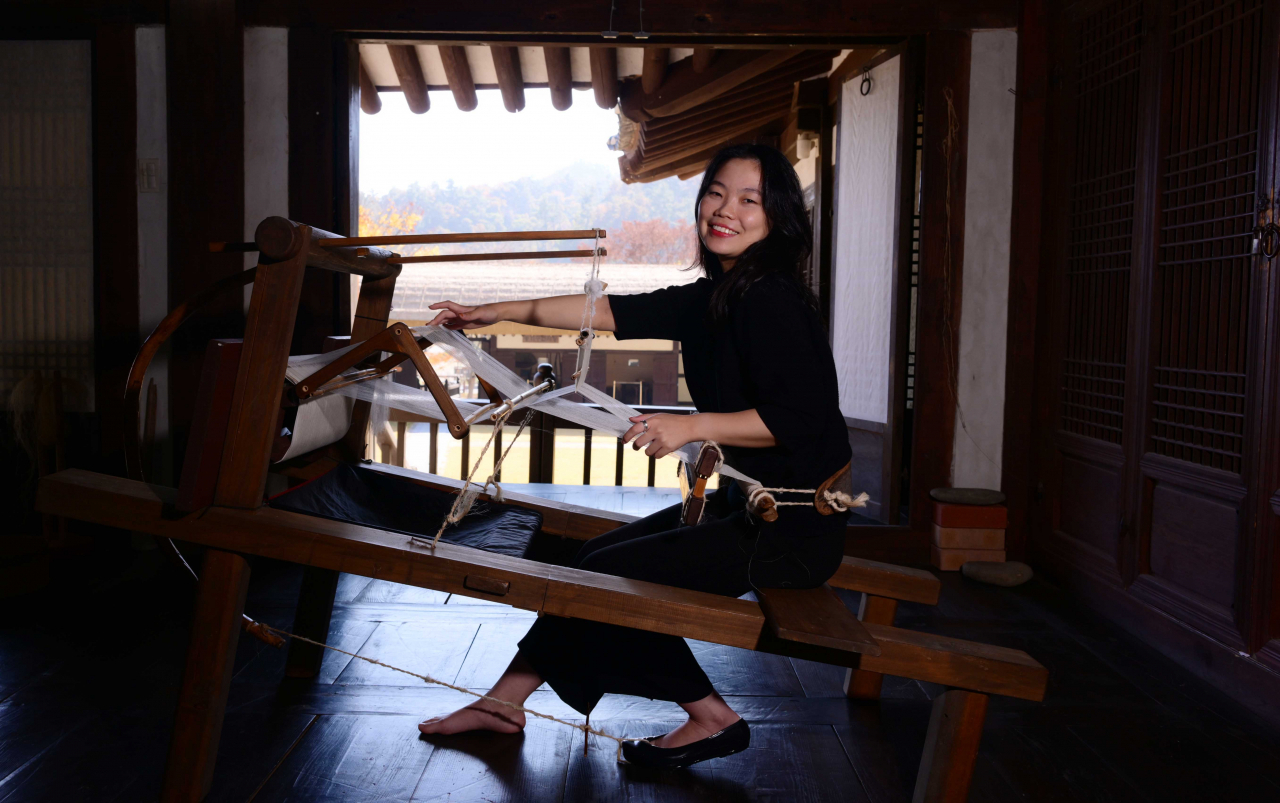