"Project Hastage 2022," co-hosted by the NMMC and Hyundai Motor, will exhibit the new works of the two winners -- Cyrpton and Lost Air -- selected from106 participants who applied in the open call contest in May. This year's winners' works highlight artworks integrated with virtual spaces. 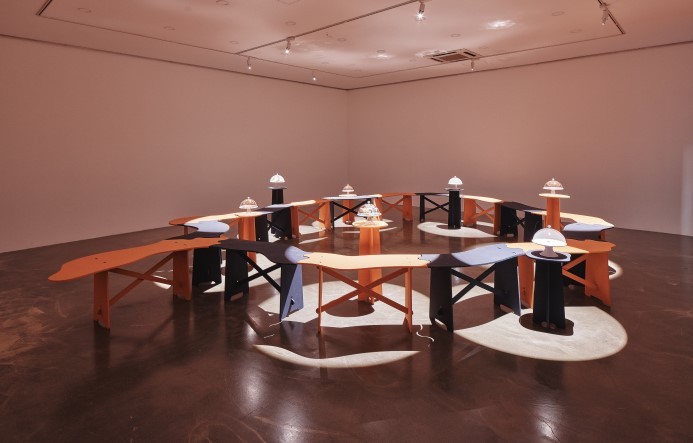 The virtual island is designed in reference to the subtropical climatic transformation of the Korean Peninsula. On it, new plants are bred and new foods are developed to suggest that global warming will completely alter the dining experience.

The annual project that will run until 2023 was founded in 2019 to support interdisciplinary projects among artists from various fields, including writers and researchers.

Two selected teams were each granted 30 million won ($21,300) to create artworks and received a studio at MMCA Residency Changdong. The exhibition will run through April 9, 2023, at MMCA Seoul.