SEOUL, South Korea, Oct. 26, 2022 /PRNewswire/ -- The overseas coverage of KT&G's smoke-free product line 'lil', which is being commercialized outside of South Korea under a commercialization agreement with Philip Morris International (PMI), has surpassed 30 markets. This milestone was achieved in only about two years since the agreement commenced.

In 2020, KT&G and PMI executed a supply agreement for the commercialization of lil outside of South Korea, and successfully introduced its products in Russia, Ukraine and Japan in the same year. As lil gained traction in the initial markets, the two companies expanded the geographical coverage to include Europe, Central Asia and Latin America, launching lil in 19 additional countries last year alone.

KT&G and PMI continued to diversify the market scope of the collaboration this year with launches in Bosnia & Herzegovina, Lebanon and Portugal. More recently, on October 19th, the parties commercialized 'lil Solid 2.0' and its dedicated stick consumable 'Fiit' in Latvia, to reach 31 countries in total.

KT&G's successful global expansion is mainly driven by its technology differentiation, which is also described to be KT&G's success factor in the domestic market. As an effort to maintain a leadership position in the next generation product market, KT&G has pursued an aggressive R&D strategy and increased investments accordingly. As a result of the company's seamless R&D efforts, the number of KT&G's patent filing has soared from 84 in 2017 to 1,186 last year.

With the rapid growth of KT&G's heat-not-burn business in both domestic and global market, KT&G is delivering a strong business performance and strengthening its efforts to increase the enterprise value. Last year, KT&G's sales hit record high driven by its strong performance in the global sector, and the company announced a substantial shareholder return program accordingly. Over a three-year period from 2021 to 2023, KT&G is set to pay out around KRW 1.75 trillion in dividends. The shareholder return program also includes KT&G's share buyback in the KRW trillion range.

"It is a pleasure to present lil in different countries around the globe with KT&G's innovative technology and PMI's commercial engine," said an official from KT&G. "We will work on maximizing shareholder value and enterprise value for the company by accelerating our global expansion and focusing on increasing profitability." 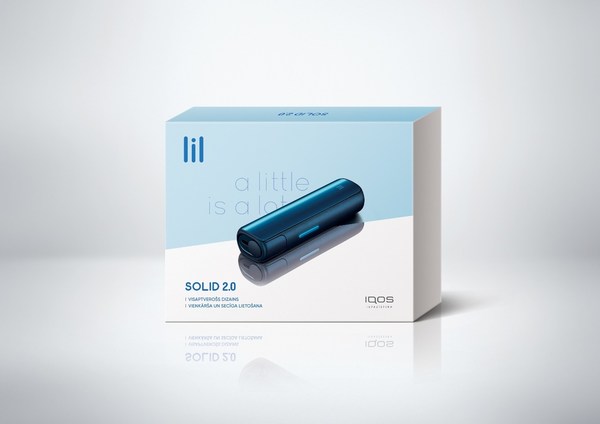 The overseas coverage of KT&G’s smoke-free product line ‘lil’, which is being commercialized outside of South Korea under a commercialization agreement with Philip Morris International (PMI), has surpassed 30 markets. Picture above is KT&G’s ‘lil Solid 2.0’ device kit sold in Latvia.