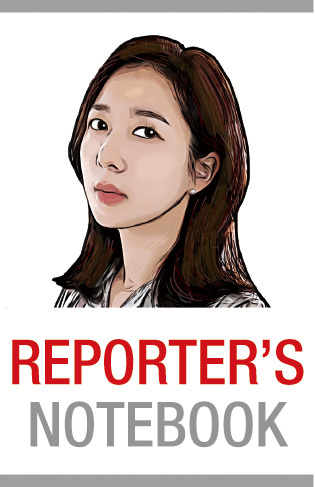 Seoul Fashion Week returned to Dongdaemun Design Plaza as a fully in-person event after three years. Although online platforms have evolved, fashion week still matters a lot to designers, for it is where a brand's identity is presented, and networking among industry people, buyers and media takes place.

Attending the five-day event, I was initially excited at the prospect of finally seeing runway shows by talented Korean fashion designers. A festive atmosphere prevailed at the venue, designed by the renowned late architect Zaha Hadid. Fashionistas came out to be seen and photographed, adding to the sense of excitement both inside and outside the DDP.

But something was amiss. Organizers were busy trying to fill front row seats at some of the shows. The trade show was so quiet and devoid of activity that I almost felt embarrassed to talk to the designers at the booths. The number of buyers who showed up on the scene was far below the figure previously announced.

The fashion show is currently organized by the Seoul Metropolitan Government. The city has been running the show since 2021, when the Seoul Design Foundation, an organization the city government launched in 2009 to promote the design industry in the city, handed over control of the biannual fashion week back to the city.

At one point the city government considered launching a foundation dedicated to fashion to grow the fashion industry and to take charge of the country’s largest fashion week. But the discussions were scrapped after the death of Seoul Mayor Park Won-soon in 2020. The city government's fashion department now runs the event.

Seoul Fashion Week appears to be floundering, without a clear direction or goals. Compounding the problem is the question of which comes first -- the chicken or the egg. Some argue that the fashion week should get more buyers and press to come if it is to attract greater participation by talented designers. Some, on the other hand, suggest that more talented designers need to show at Seoul Fashion Week in order to attract more buyers and press from home and abroad. Whether to focus on emerging designers or invite more established designers or even major ready-to-wear brands is another thorny issue.

Seoul is now one of the most attractive cities in Asia, with the country’ cultural content grabbing the world's attention for its films, art, music and food. On the art scene, global galleries have come to Seoul, seeing the city as a new art hub in Asia. Those in the fashion industry agree it is a great time to invite more fashion people from around the world to South Korea, which has talented designers and a population obsessed with the latest trends.

The city government acknowledges its shortcomings as a government entity in organizing the show and promoting it globally. It said it is looking into new ways to run Seoul Fashion Week, one of their options being forging a partnership with a private entity. “We will present a better show next season,” a city official told The Korea Herald.

While growing an industry is a long-term project, it is important that every opportunity is exploited. The city should get its act together quickly before the golden chance to grow the capital as a major fashion hub in Asia slips away.