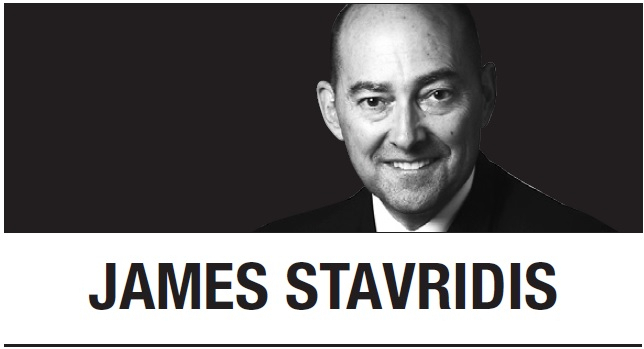 In the rapidly shifting Ukraine war, the growing failure of Russian President Vladimir Putin’s ground game is causing him to seek asymmetrical responses. Most visibly, he is turning to what is essentially a terror-bombing campaign against the civilian population of Ukraine.

Much like the V2 blitzes Nazi Germany directed against British cities in World War II, these missile attacks will accomplish very little tactically. Instead, they will heighten the already enormous anger and resolve of the Ukrainians and likely cause US and European supporters to accelerate arms deliveries. These may include some weapons previously held back to avoid escalation between Russia and the North Atlantic Treaty Organization.

I led a major air campaign over Libya in 2011, Operation Unified Protector. The mission, assigned to NATO by the United Nations Security Council, was to create a no-fly zone to keep the dictator Moammar Gadhafi from using his air and ground firepower to massacre his political opponents. We launched over 25,000 air sorties, dropped nearly 10,000 precision-guided weapons, and closed the skies over Libya.

But ultimately, to depose the Gadhafi regime, the rebels had to create an effective ground force, which they eventually did. What I observed is that air power -- even massive air superiority -- cannot ultimately take and hold ground. Putin will discover the same thing.

The Russian leader fired yet another army commander (this one lasted seven weeks) and installed a new chief for his “special military operation.” That leader, Gen. Sergei Surovikin, is dual-hatted as the senior leader of the Russian air force. Surovikin is also an accused war criminal who led indiscriminate bombing campaigns in Syria and Chechnya. His ascension to the top post in Ukraine, truly a poisoned chalice, indicates that the bombing campaign will be prolonged.

Yet it is unlikely to significantly change the facts on the ground, and will deplete the Kremlin’s dwindling supply of artillery, particularly “smart” weapons to use against Ukrainian logistics networks -- something the Russians failed to do effectively thus far.

The West needs to put more capability in the hands of the Ukrainians. Some of the systems under consideration include:

— MiG-29 Soviet-era fighters, now in the Polish air force. These could be given to the Ukrainians immediately, as their pilots already fly them very capably. In exchange, the US would provide the Poles with American F-16s.

— F-16s. Early models of the Fighting Falcon are relatively simple to fly, and very lethal in both air-to-air and air-to-ground combat. The US would need to train a cadre of Ukrainian pilots, probably at Ramstein Air Base in Germany.

— Surface-to-air defensive missile systems. These would likely be the Patriot, which can cover a wide area and is relatively easy to train to operate, and Iron Dome (developed jointly with Israel) for the defense of population centers and critical infrastructure.

So, what happens when the bombing campaign proves ineffective? Putin has other asymmetrical cards to play, including cyberattacks on Western targets. Several key US airports had their websites hacked last week -- the customer-facing portions, not actual command-and-control or radar systems. Pro-Russian hackers claimed responsibility. The question is whether this was a warning shot or the best the Russians could muster.

Putin would likely direct cyberattacks at “soft targets” like consumer supply chains -- recall the meatpacking and fuel pipeline ransomware hacks of last year. US and allied hard targets -- military command and control, financial systems, critical infrastructure like electric, water, gas and transportation grids -- are better defended. An attack on any of those vital systems would invite a significant counterstrike by US Cyber Command, something that worries the Kremlin considerably.

Worst case: Putin could use a tactical nuclear weapon, either to shock the Ukrainians into surrender, or to simply destroy an even bigger swath of targets. While it’s not inconceivable, I would place a tactical nuke in the 10-15 percent range of probability. This desperate move would immediately shift world opinion against Russia, and put enormous pressure on China and India to abandon their neutrality.

Most likely, however, Putin will continue his strategy of massive bombing through the winter, even as his stockpile of precision weapons dwindles to nothing. His best hope is that the Europeans will crack under high energy prices and cold homes, the demoralized Ukrainians will sue for peace, and the US will get caught up in fractious domestic politics.

Don’t count on it. The bet Putin is placing on air power, like so many other aspects of his strategic analysis, is a bad one. Missiles and planes are seldom decisive over a determined foe on the ground, a lesson the Kremlin will learn soon enough.

James Stavridis is a Bloomberg Opinion columnist. A retired US Navy admiral, former supreme allied commander of NATO, and dean emeritus of the Fletcher School of Law and Diplomacy at Tufts University, he is vice chairman of global affairs at the Carlyle Group. -- Ed.