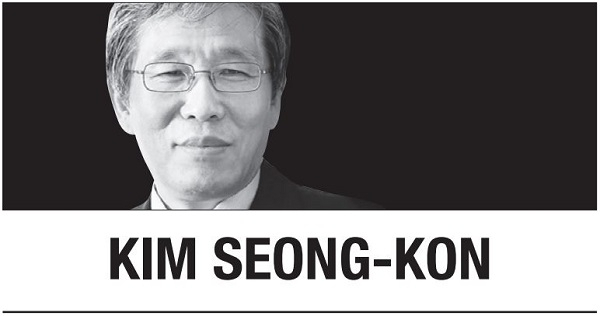 This month, the famed literary magazine Literature & Thought published its 600th issue, commemorating its 50th anniversary. Founded in 1972 by the late professor Lee O-young, the magazine has not only survived, but also thrived for half a century, steering Korean literature in the right direction and significantly contributing to upgrading it from national to world literature.

The magazine deserves our applause for many reasons. Among others, Literature & Thought has advocated and nurtured ideology-free literature. Due to its geopolitical situation, Korean literature has traditionally not been free of political ideology, whether right-wing or left-wing. For example, the two major literary quarterlies, Creation and Criticism and Literature and Society, represent the left-wing and the right-wing ideology, respectively. Creation and Criticism calls for committed literature and people’s literature, whereas Literature and Society supports art for art's sake, or “pure literature,” as well as elite authors, subjects and themes.

On the contrary, Literature & Thought has always been ideology-free, choosing the middle against both extremes and embracing the two. After all, if writing itself were a political act already, why would literature need to serve particular political ideologies?

Literature and Thought sponsors three prestigious literary awards: the Yi Sang Literary Award, the Sowol Poetry Award and the Kim Hwante Criticism Award. It is noteworthy that it has never discriminated against award candidates for ideological reasons. The recipients have been those who belong to a literary faction sometimes and those who belong to none other times.

Professor Lee O-young always lamented, “Judges for literary awards should be free from a sectarian mindset and political ideologies. Unfortunately, it is not the case in Korea. Our magazine should straighten it out.” He deplored the situation that some judges tended to give literary awards only to someone who belonged to their own faction.

Literature & Thought has also been the window to world literature for Korean writers. As the title of the magazine suggests, its objective is not literature and ideology, but literature and thought. It has been a vanguard to introduce new literary movements such as postmodernism and post-structuralism to Korean writers and readers. I, too, once played a part by serializing my interviews with 30 American, British and French writers for six years under the title of “Conversations With World Intellectuals.” Reading the magazine, Korean writers and readers could know the currents and climates of world literature, which other literary magazines cannot provide.

Literature & Thought reflects the idea of literature of professor Lee, who was its founding publisher and editor. Lee said, “Literature is an art, not an ideology. Therefore, literature explores the meaning of life, transcending political ideology. Otherwise, you will end up misreading the literary text.”

He continues, “For example, if you read Yi Hyo-sok’s 'The Buckwheat Season' as a story of the Japanese colonial government's exploitation of the Korean economy that forced the Korean men to become market peddlers, you would end up misreading the story. In fact, it is a story about a circle of life through a father who is searching for his lost son. That is why the story uses the motifs of the moon, the watermill and the peddler’s wandering from one street market to another, all of which are symbols of cyclical life.”

Hwang Sun-won’s “Rain Shower” is another example. If we read it as a story of the falling down of the landed class, it will ruin the beautiful story about brief platonic love like a rain shower between a city girl and a country boy. It would be sad if the great literary work became a piece of political propaganda for class struggle. Such a biased reading would seriously diminish the values of literary masterpieces.

Unlike other literary magazines, Literature & Thought has not made a faction, following the teaching of Lee, who said, “Writers and intellectuals do not have a particular spiritual homeland.” In Korea, belonging to a faction gives you protection and power. In that sense, Literature & Thought may not have power or protect writers. Instead, however, the literary magazine has offered access to writers and readers with profound intellect and spiritual freedom. Consequently, it has provided fertile ground for Korean literature to flower and flourish.

In the 1960s, it was fashionable for Korean college students to carry Literature & Thought -- even for those who were not literature majors. At the time, the magazine greatly influenced and shaped the minds of young Koreans. It also opened a window to the world for them. Obviously, the legend continues.

We strongly hope that the spirit of Literature & Thought will prosper in the years to come.