[Scholars and their spaces] 'The shadow knows where my mind goes'

“Every step I take, you follow me. I bet you know where my mind goes.” Kwon Si (1604-1672) wrote this poem called “The Shadow” at age 9. “Learning is nothing special. You should be perfectly honest with yourself and seek the right way. That is all,” his father said when he was being home schooled.

Kwon is not a well-known scholar, but his pen name “Tan-ong” tells us what he sought in his life as a scholar. The pen name was taken from the name of a special administrative district where the lowest class people made charcoal for iron production during the Goryeo Dynasty. Suffering from hard labor and discrimination, the villagers, led by Mang-i and Mang-soi, rose up and revolted against the government.

A member of the noble class, known as “yangban,” Kwon had no sense of class privilege. When someone got angry or criticized him, he first reflected on whether he had done anything wrong and did not get angry with others. Kwon interacted with the locals with sincerity, regardless of their class. Unless he was very sick, he immediately greeted his guests and chatted with them, exchanging smiles. When they asked a question, he explained each answer with sincerity. There are many records that attest to Kwon’s character.

In addition, unlike Song Si-yeol who advocated stabilizing the rural economy based on the conventional landlord system, Kwon argued that the government should take the initiative in solving socioeconomic problems directly related to people’s livelihoods from the perspective of the farmers and peasants.

The 17th century is defined as an era of global crisis. It was marked by the Thirty Years’ War in Europe, the Puritan Revolution, a change in power from the Ming to Qing in East Asia and the Europeans’ arrival in Asia and America. The Joseon Kingdom also went through turbulence during this time.

There were two Chinese invasions of Joseon during the Ming-Qing change of power period. Great famines occurred in 1670 and 1671. Hail, frost and untimely heavy snowfall resulted in the death of 300,000 people, a quarter of Joseon’s population at the time.

On the surface, it seems a simple matter of royal rites. But it was a much deeper issue. The wrangling over neo-Confucian ideology between the Seo-in faction and the Nam-in faction stemmed from a difference in the understanding of the Confucian law, which is at the core of the principle of succession to the throne and the foundation of society.

Kwon was always wary of the “party platform.” Amid factional strife, he sought the supreme good. He said that while the “party line” is right, it was not always fair and that it was easily swayed by personal feelings and greed. 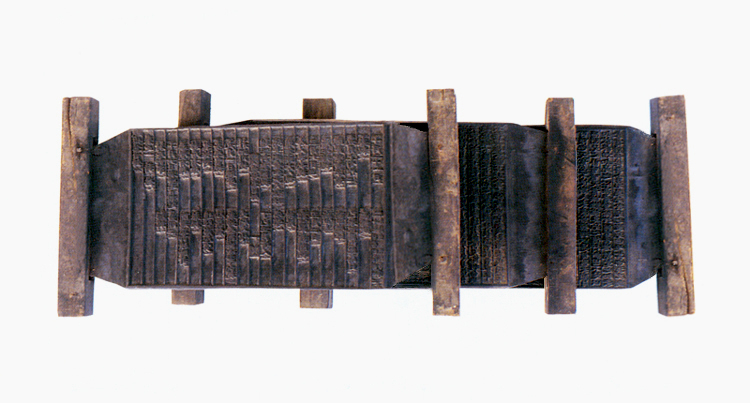 It was thus that Kwon defended Yun Seon-do, who criticized the Seo-in faction. In doing so, he was taking a position different from that of his own faction and insisted on recognizing the differences of opinion and respecting others. Kwon emphasized creating harmony through criticism and reflection, not dictatorship by the majority.

Kwon told the king that he should always keep both his ears and lines of communication open. “Yun Sun-do is a classic scholar who spoke out about the rights and wrongs of a matter, even though he knew he would be harmed if he did. That must be the spirit of a scholar,” Kwon also said.

“The closer you get to someone, the more you should be on guard against blindly agreeing with the person,” he also said.

Kwon's behavior in times of political conflicts has significant implications even today. Concerned more with substance than formality, Kwon focused on the reality of people’s livelihoods rather than metaphysical debates. He was true to himself, since his shadow knew where his mind was going.

After passing the state examination, Kwon and his family settled in Tanbang-ri, Gonju-si (present-day Daejeon) and studied and trained young students at Dosan Seowon (Cultural Heritage Material No. 3) there, established by local neo-Confucian scholars in 1693. Kwon is the author of the seven-volume “Tanongjip.”

Park Jeong-eon is a senior researcher at the Institute of Korean Confucian Culture. -- Ed.