Exhibition runs until Nov. 22 in Seoul, Nov. 8 in Busan 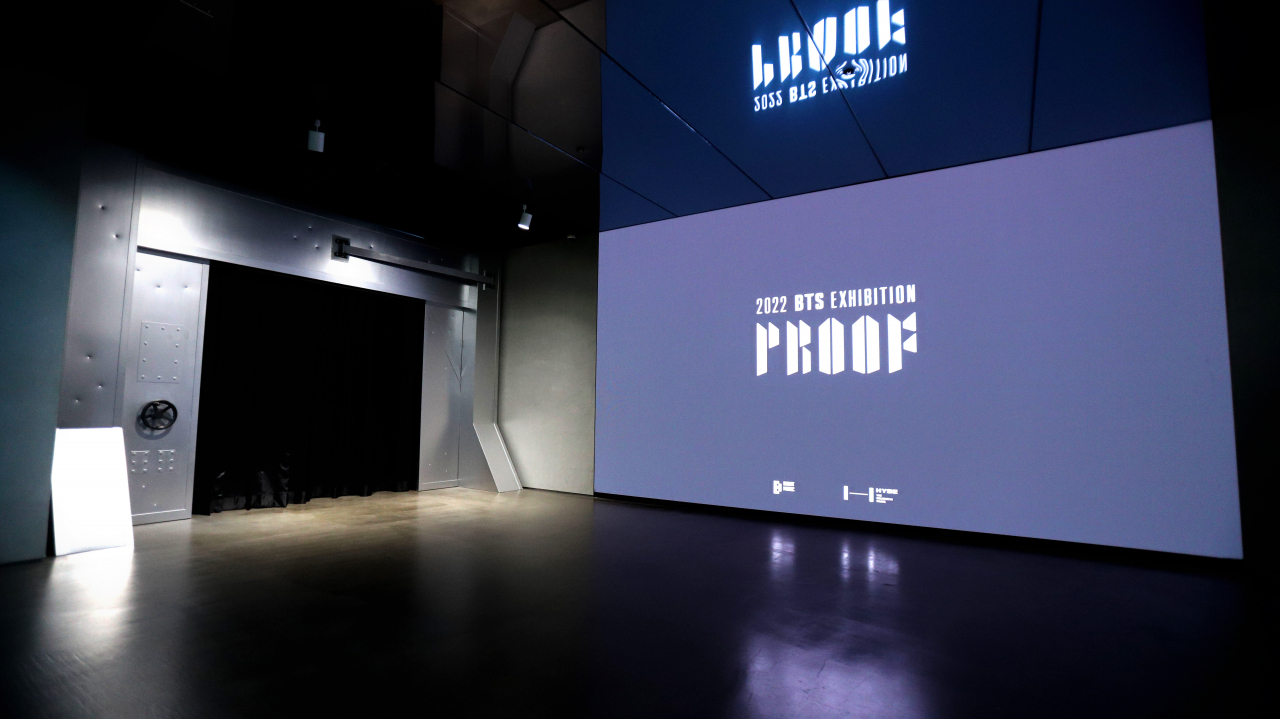 If BTS' anthology album "Proof" is a musical record documenting the act's nine-year career, "2022 BTS Exhibition: Proof" invites fans to immerse themselves in a visual trail of BTS' history.

Upon walking into the Seoul exhibition at the Hybe Insight building, which opened on Sept. 28, visitors are greeted by gigantic concept images of the seven K-pop superstars from its latest album "Proof." The album, which dropped in June, wrapped up the 9-year-old band's first chapter in their career.

The exhibition features images and videos of the members that were taken during music video shoots and concerts. Most of them have been unveiled before, but some were also being shown for the first time. Props in music videos and outfits worn by the members in the videos and during concerts are also on display.

Some parts of the exhibition made fans linger longer, such as videos taken during the "Proof" jacket photo shoots that showed each members up close. The next corridor was also congested with fans poring over dance practice videos, old and new, their faces pressed up close to the small screens. 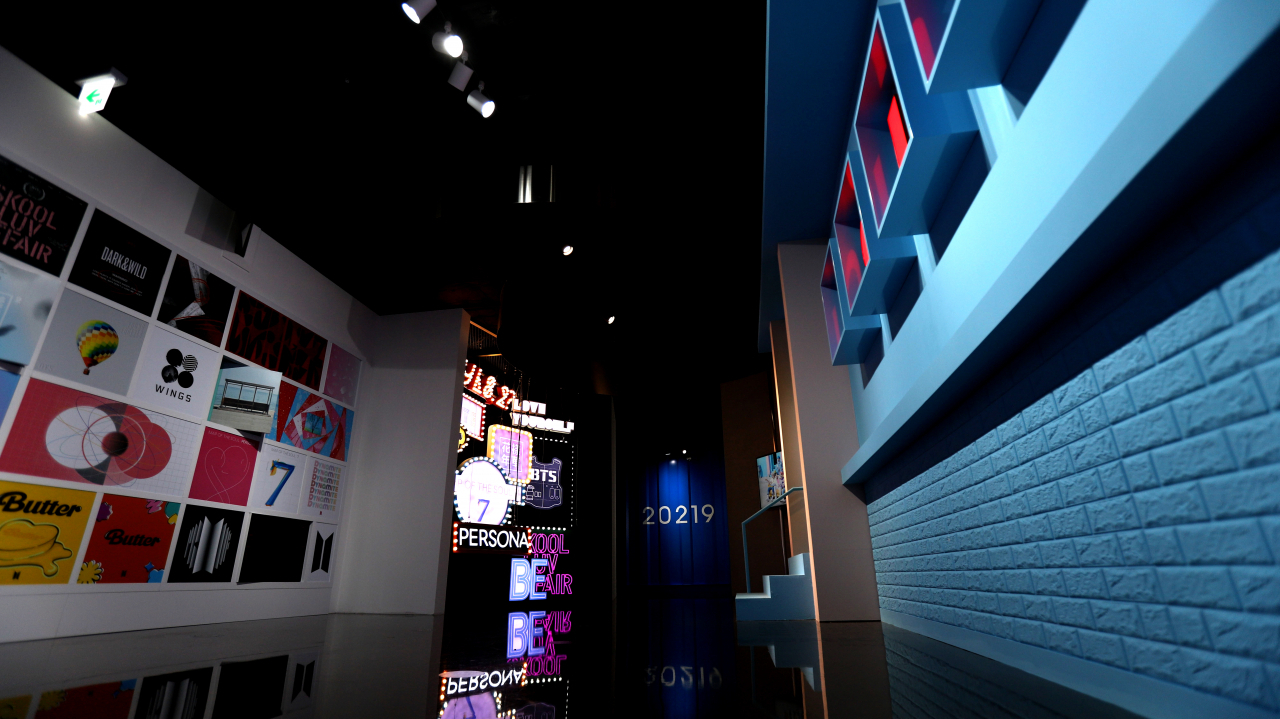 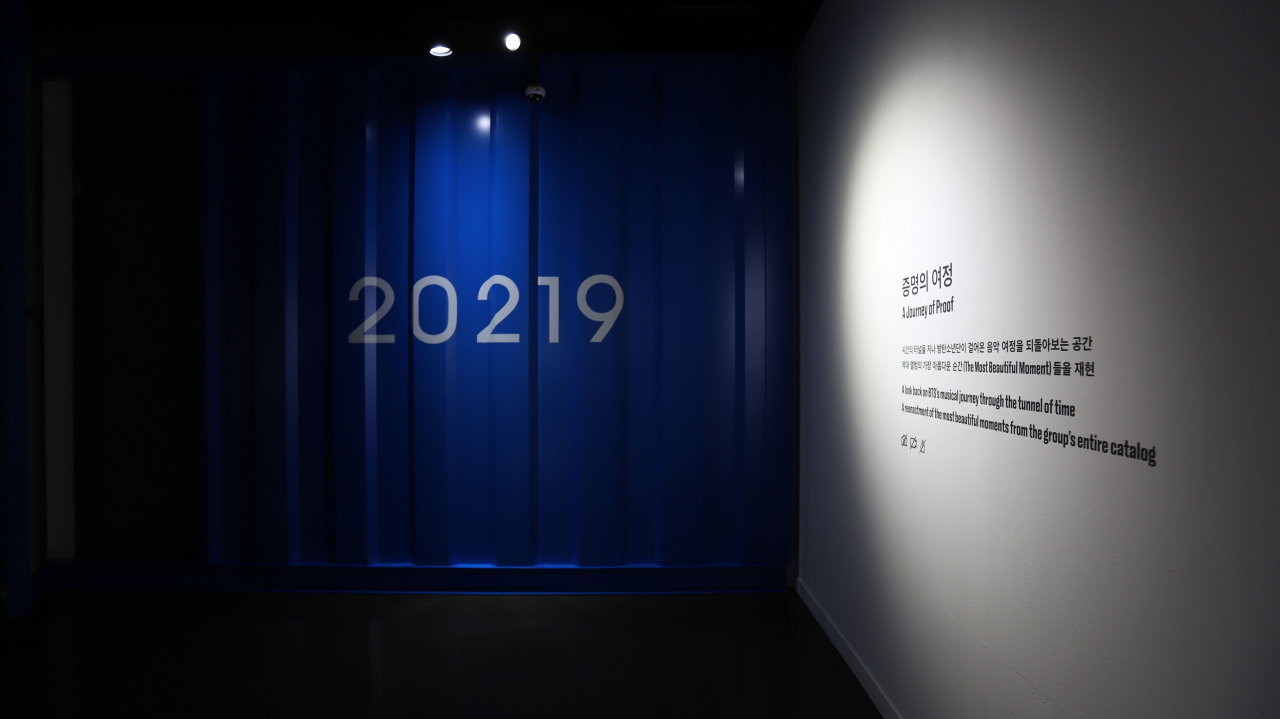 The last room is filled with some of the band's most celebrated moments. Colorful snapshots from the band's world tours, from the 2018 world tour "Love Yourself" to 2022 "Permission to Dance On Stage: Las Vegas," covers one side of the wall. The other side is decorated with film pictures of the members from 2018, some taken by the artists themselves. Perhaps what shone the brightest in the room was the trophy corner, packed with Guinness World Records certificates, a plate commemorating BTS' first Billboard Hot 100 win and historic magazine covers.

Seeing the fans out of the exhibition are handwritten messages from each of the members. "I hope this exhibition fills up a block of your memory," wrote Jin. Another message, in what seems like Jimin's handwriting, read, "We won't forget the warmth you showed us, and we promise to grow warmer so that you don't lose that smile."

If you expect a tight-knit chronology made up of never-before-revealed materials, you might be disappointed, but taking an 80-minute walk through the exhibition, it would be enough to evoke nostalgia for the fans who have been beside BTS on their journey. 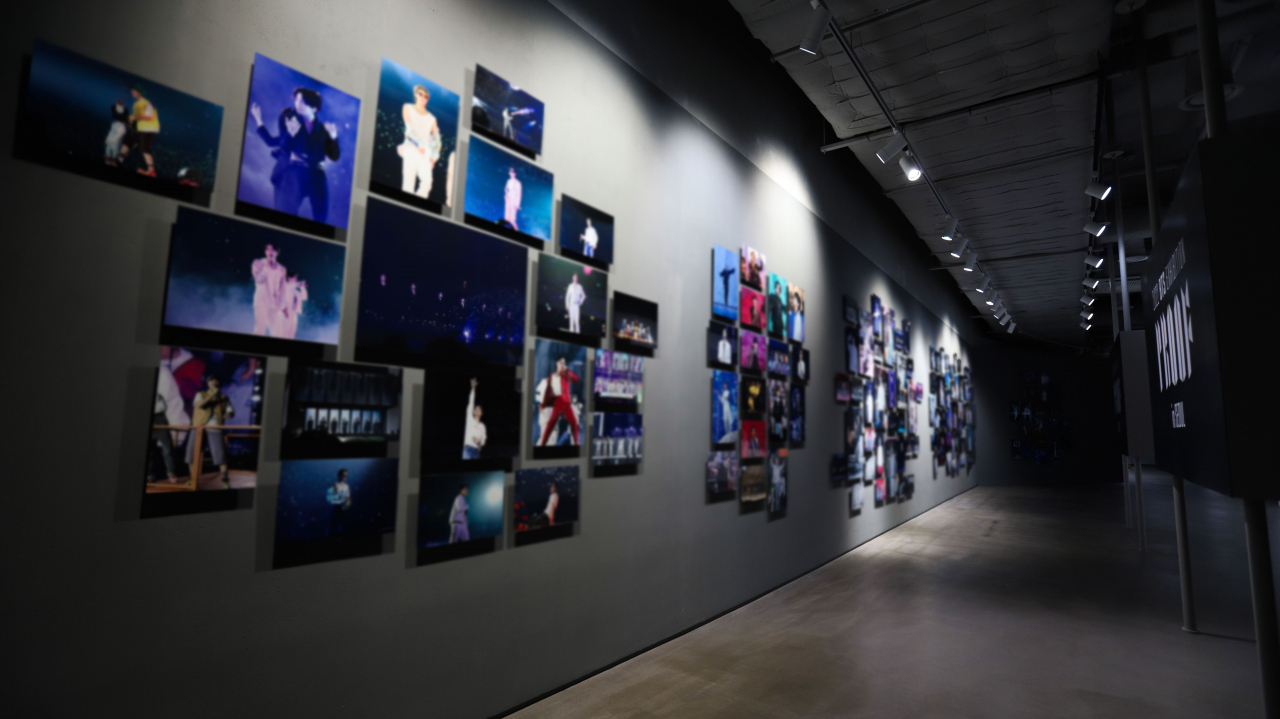 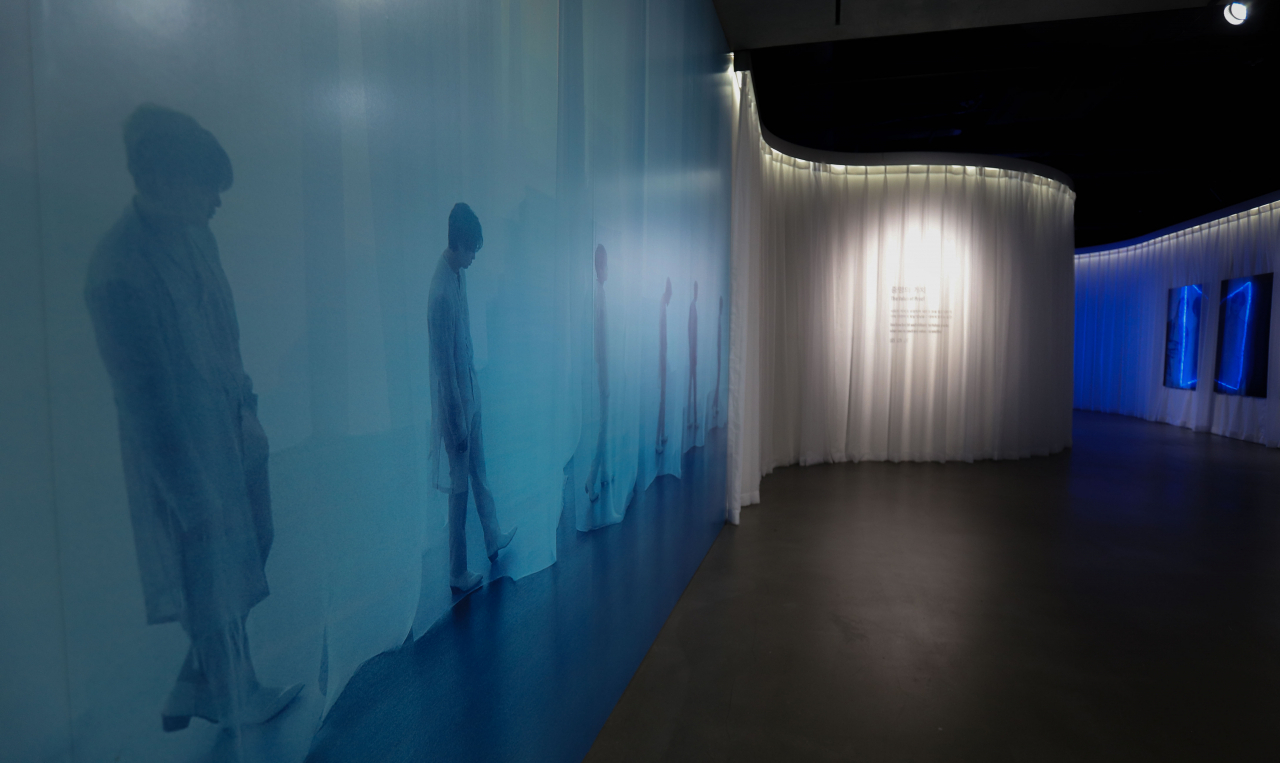 The Seoul exhibition runs until Nov. 22 at Hybe Insight, an exhibition venue run by Hybe, the multilabel firm under which BTS' label Big Hit Entertainment is affiliated.

The same exhibition opened on Wednesday in Busan's Haeundae LCT The Sharp as part of the group's "The City" project. "The City" is an immersive festival site for fans visiting ahead of the act's Asiad Main Stadium concert on Oct. 15. The concert was organized to support and promote Busan's 2030 World Expo bid.