Celebrating this year's Chuseok holiday, the first one to be spent in three years with social distancing measures lifted, heavy traffic congestion are already apparent on the nation's major highways, since Friday morning. 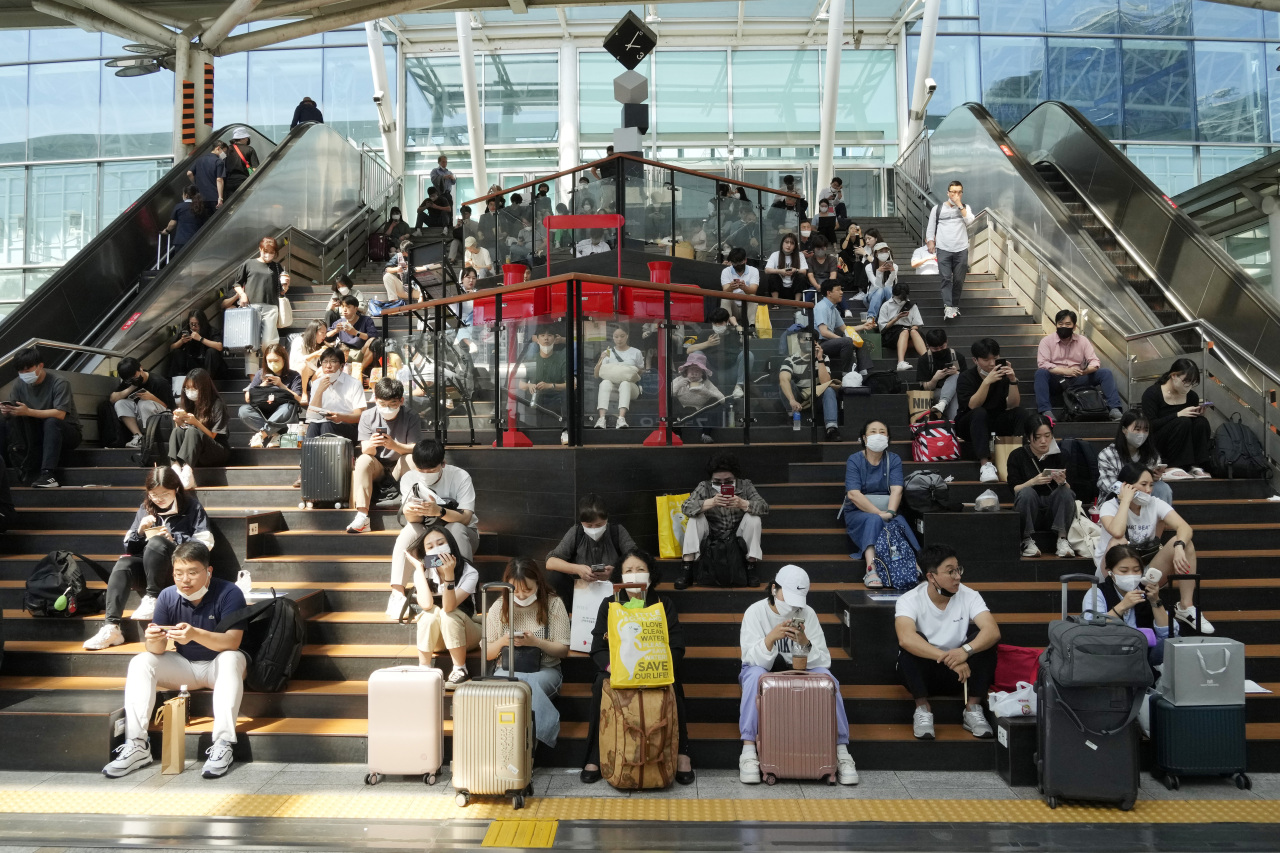 Meanwhile, people still prefer to wear their face masks in public areas that are usually packed with crowds.

Passengers wait by the boarding entrance stairs of the Seoul Railway Station on Thursday, to be with families and acquaintances during the four-day holiday period. 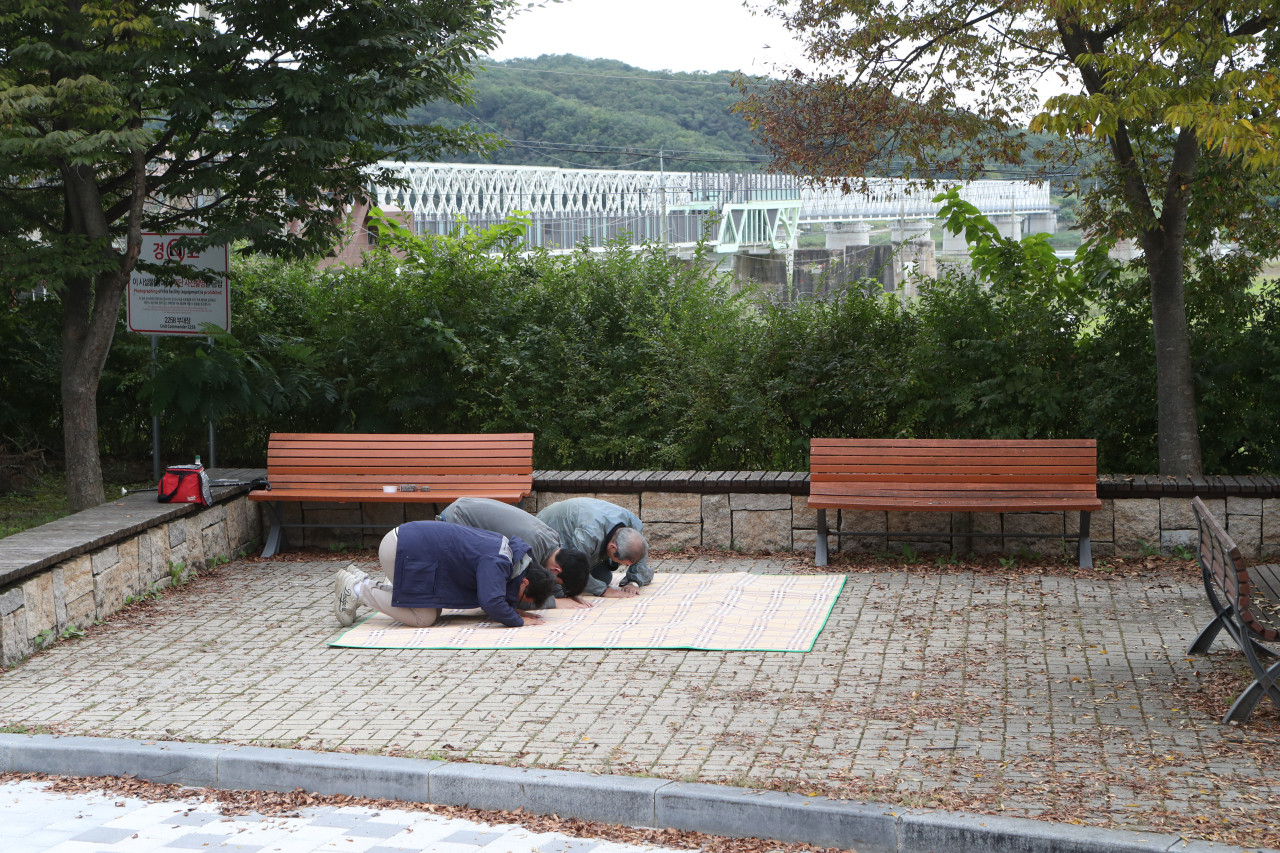 In Paju, Gyeonggi Province, some men are seen paying respect to their ancestors who are in North Korea, on Saturday morning.

The city of Paju is situated in the northern end of the country, which partially includes the Demilitarized Zone that divide the North and South's borders.

Many South Koreans still remain unable to return to their hometowns to be with their families in the North, after being displaced during the Korean War. 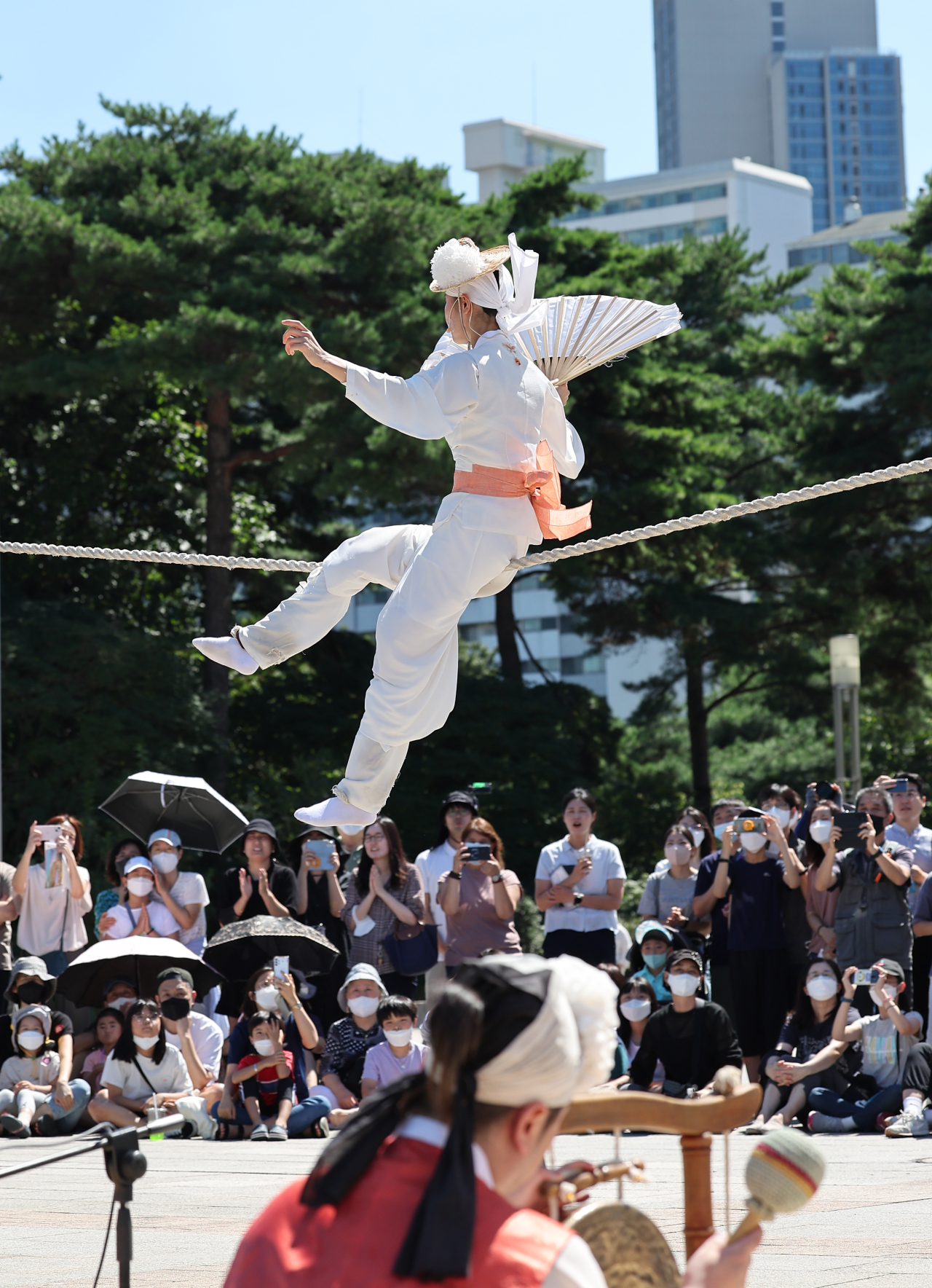 Audiences cheer as a performer makes a jump and lands on the rope while holding a traditional fan, during a special event held at the National Museum of Korea on Friday.

Updates on Chuseok events can be found at the Cultural Heritage Administration Royal Palaces and Tombs Center's website.

Major national museums and galleries allow free admissions during the holiday period, with some opening extended hours, which can be viewed at each location's website.