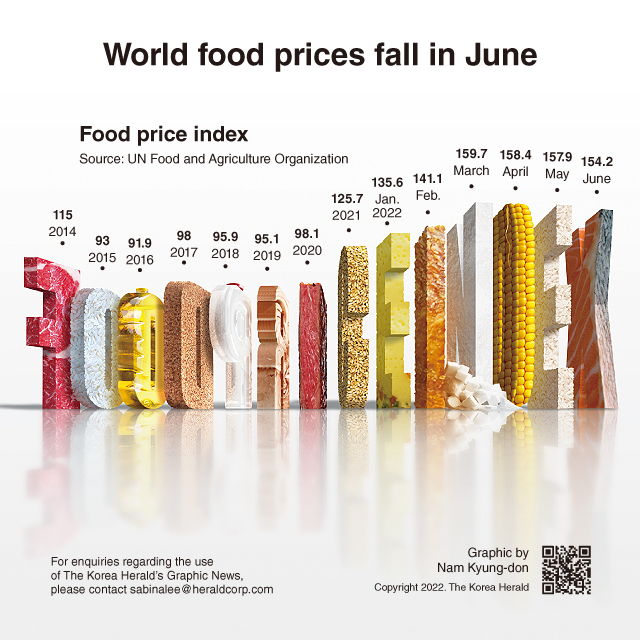 Despite the monthly decline, the June index was still 23.1 percent higher than a year earlier, pushed up by the impact of the Russian invasion of Ukraine, concerns over adverse weather, strong global demand and high production and transport costs. (Reuters)