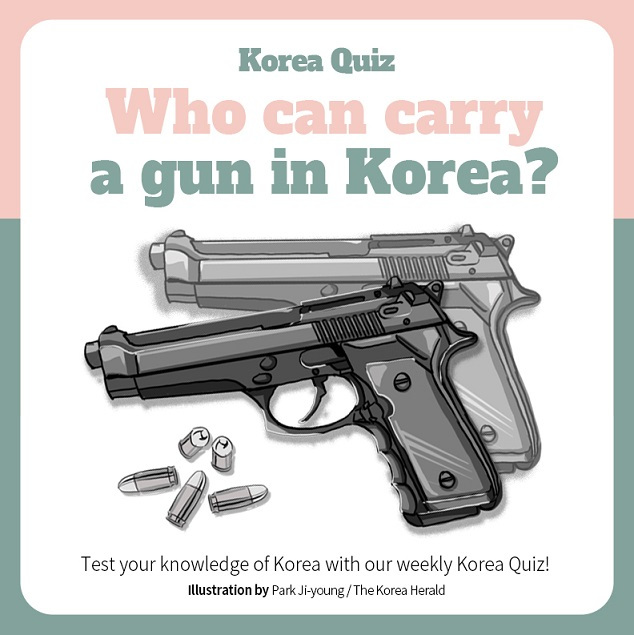 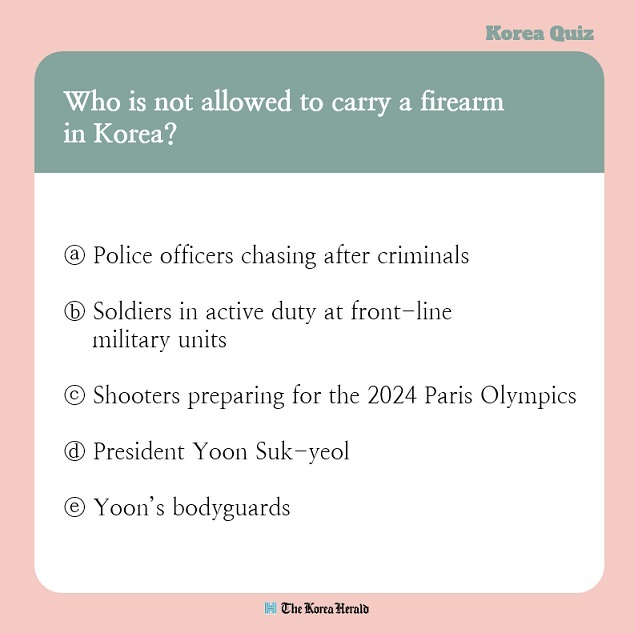 South Korea is technically still at war with North Korea and most men here are trained shooters, stemming from their experience as active-duty conscripts.

But not even the president -- the most powerful elected official and chief military commander -- can freely carry a gun.

Only authorized personnel in security-related fields, such as police officers, soldiers and security guards protecting government figures or foreign delegates, can be in possession of a firearm, with the permit subject for renewal every three years, according to laws on the safety management of guns, swords and explosives.

In addition, shooting athletes, like four-time Olympic gold medalist Jin Jong-oh, who need to regularly practice and compete locally and internationally; those manufacturing and selling firearms; those who need one for construction works or as a prop in movies or plays are allowed, among others. They, of course, need to obtain a permit from the authorities.

What if someone wants to try his or her hand at shooting and hunting for fun?

Well, there are a number of private shooting ranges, both indoors and outdoors, where customers can legally try air rifles and handguns with real ammunition. These strictly regulated establishments are fairly accessible and can even be found in the middle of busy shopping districts like Seoul’s Myeong-dong.

If one wants to buy and use a firearm for hunting, the process is extremely time-consuming and complicated.

There are a total of 10 steps, including several tests and trainings. Even if one completes the process and gets hold of the weapon, they’re not allowed to keep it at home. The firearm should be kept at a designated safe place, usually a nearby police station. It can also only be used with prior notification to the police for a limited period of time, usually during the hunting season.