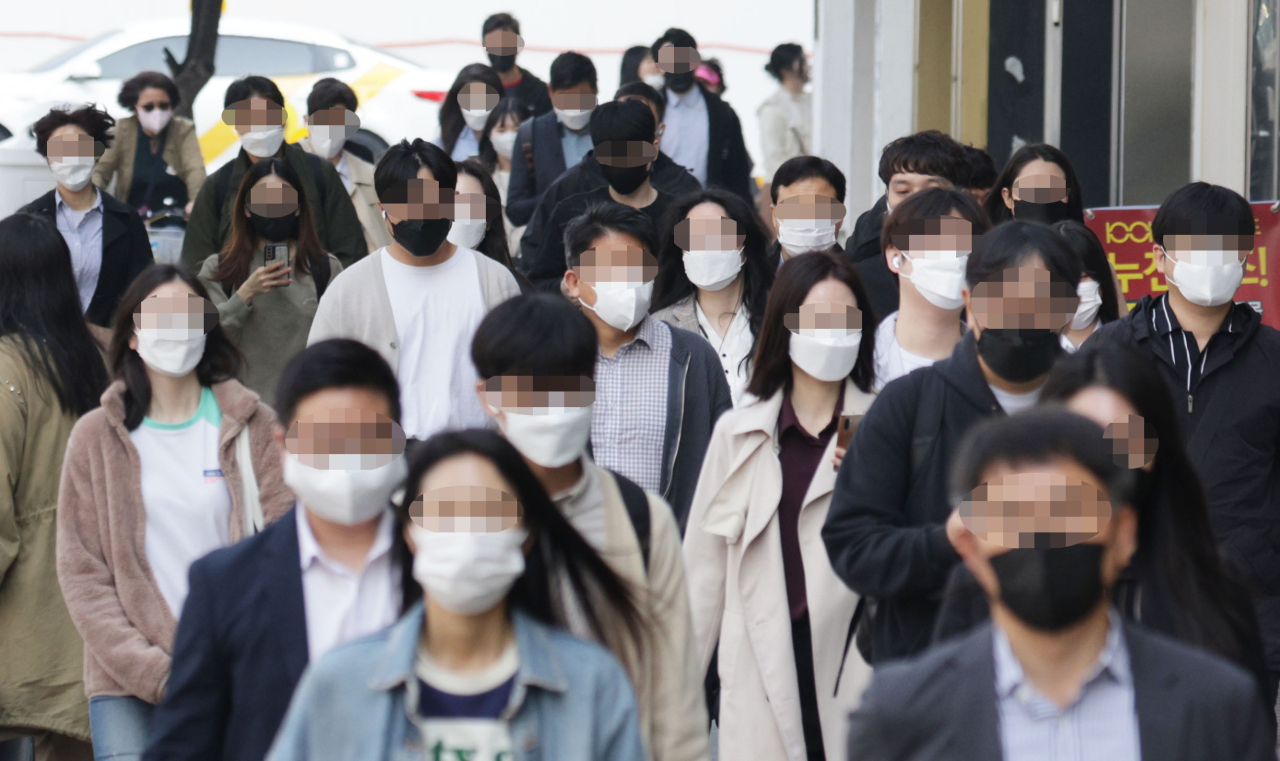 [1] People seemed reluctant to take off their masks, although the country’s outdoor mask mandate was lifted on Monday. For various reasons, it was difficult to find people not wearing masks than those wearing them.

[2] “It is rather inconvenient to take off a face mask outside and put it back on when entering an indoor space,” said a 32-year-old female graduate student surnamed Cho in Seoul when asked why she still wore a mask outside, even though the mask rule had been scrapped.

[3] According to the Central Disease Control Headquarters, masks are no longer required in most public outdoor settings, including weddings, physical education classes at school, outdoor subway station platforms and amusement parks.

[4] Wearing masks, however, is still recommended when it is difficult to keep a 1-meter distance from other people at gatherings, as well as settings where more than 50 people can be seated.

2. 'Children's Day only for Korean children'

[1] Children’s Day in Korea is a day that all kids look forward to, but it may not carry the same meaning for foreign children in Korea, according to the Cultural Heritage Administration’s understanding of Children’s Day.

[2] The CHA’s recent online announcement posted on the Deoksugung website that appeared to say that foreign children are excluded from free admission to palaces on Children’s Day sparked public outrage after it was brought to light in a social media post by the well-known political commentator Chin Jung-kwon.

[3] The announcement had said that seven royal tombs and palaces would offer free or partially free admission to the public on Childrens’ Day on May 5, the presidential inauguration day on May 10 and throughout the annual Palace Culture festival period, from May 10-22.

[4] For Children’s Day, the announcement had said, “free admission for up to two accompanying guardians of children.” In smaller letters, it said: “Children up to 12 years old. Foreign children excluded.” The post was deleted Wednesday morning.